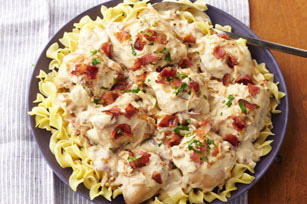 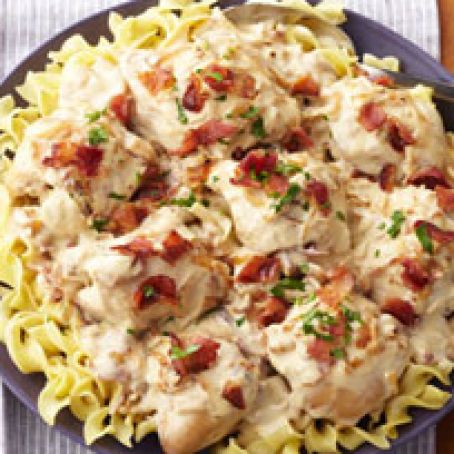 COOK and stir bacon in large skillet on medium heat until crisp. Remove bacon from skillet with slotted spoon; drain on paper towels. Drain all but 2 Tbsp. drippings from skillet. Add onions to drippings in skillet; cook 15 to 18 min. or until onions are golden brown, stirring occasionally and adding flour, pepper and half the bacon for the last minute. Whisk in broth. (Onion mixture will be thick.)

ADD chicken to slow cooker; cover with onion mixture. Cook on LOW 4 to 5 hours (or on HIGH 2 to 3 hours). About 15 min. before ready to serve, cook noodles as directed on package, omitting salt. Drain noodles; place on platter. 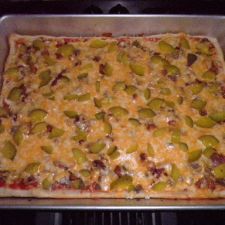