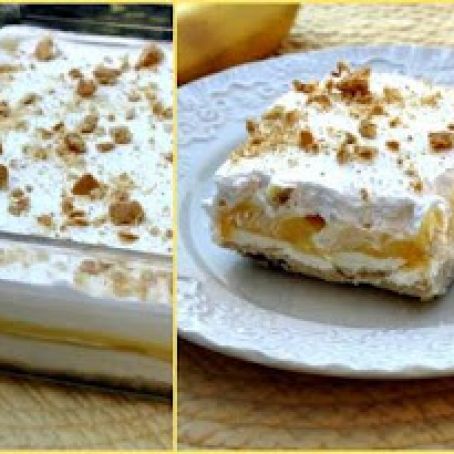 Preheat oven to 350 degree. Prepare crust by adding the butter and flour to a bowl and blend using a large fork or pasty blender.

Add chopped pecans and mix. Press mixture into the bottom of a 8 x8 or 9 x 7 x2 inch pan. Bake at 350 degrees for 18-20 minutes or until light golden brown. Remove from oven and let cool.

While the crust is cooling prepare the filling. In a large bowl using a kitchen aid mixer or a hand mixer add the softened cream cheese and powdered sugar. Cream the mixture until combined.

Fold in 1 - cup cool whip and set aside. Prepare pudding according to package directions adding the 2 cups milk. Using a wire whisk, mix the pudding until thickened.

When the crust is completely cooled spread on the cream cheese mixture evenly. Add a single layer of sliced bananas.

Add the banana cream pudding and spread evenly. Top with remaining cool whip. Sprinkle the crushed vanilla wafers evenly over the top. Be sure to seal all edges. Chill for at least 2 - 3 hours before serving.

Cook's Note: Pecans can be omitted if you have a nut allergy or just prefer a plain shortbread crust. 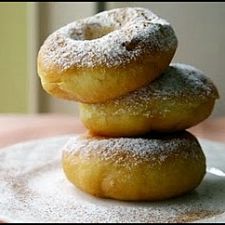 Banana doughnut for the doughnut maker