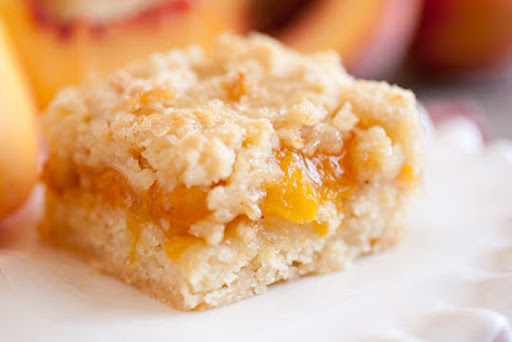 Think of it as a peach cobbler hooking up with a crumb cake and sugar cookie. 5-star awesomeness! 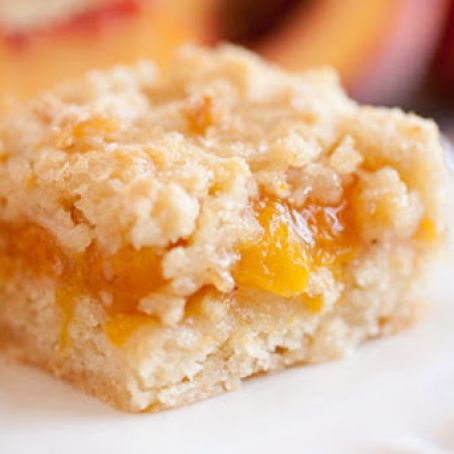 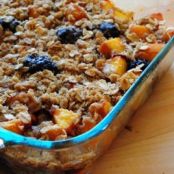 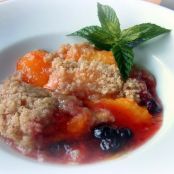 In a separate large mixing bowl, whisk together flour, baking powder and salt. Cut butter into flour mixture with a fork or pastry cutter until mixture resembles coarse crumbs.

In a small bowl, whisk together egg, sour cream and vanilla extract. Pour egg mixture into flour mixture and stir until well combine. Add in remaining 1 cup granulated sugar and stir until combine. Spread and press half of crumb mixture into an even layer in a greased 13x9-inch baking dish.

Bake in preheated oven 45 to 50 minutes until golden. Serve warm with optional vanilla ice cream or allow to cool and cut into bars (Note: I prefer these bars warm but you could also serve them cold with sweetened whipped cream). Store bars in an airtight container in the refrigerator. 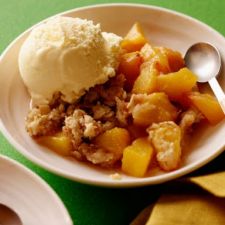