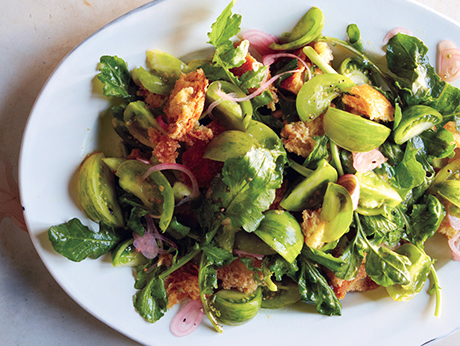 Recipe source: Bon Appetit - August 2013
Note: This is lovely with green heirlooms, but this salad is equally delicious with any tomatoes you like. 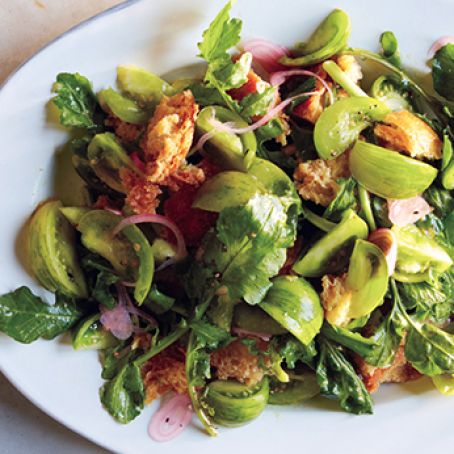 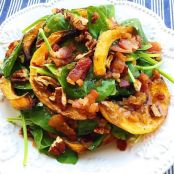 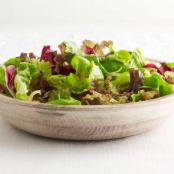 For tomatoes and pickled shallot:
Combine shallot and vinegar in a small bowl; season with salt and pepper and toss to combine. Let stand 30 minutes.

Add tomatoes and their juices to dressing and gently toss to coat. Let tomato mixture stand at room temperature until tomatoes release more juices and soften slightly, about 1 hour.

For croutons and assembly:
Meanwhile, preheat oven to 350°F. Combine bread and garlic on a large rimmed baking sheet and drizzle with oil; season with salt and pepper. Squeeze bread pieces lightly with your hands so they will evenly absorb oil and spread out in a single layer.

Bake bread pieces, tossing occasionally, until crisp on the outside but still chewy in the center, 10-15 minutes. Let croutons cool slightly, then discard garlic.