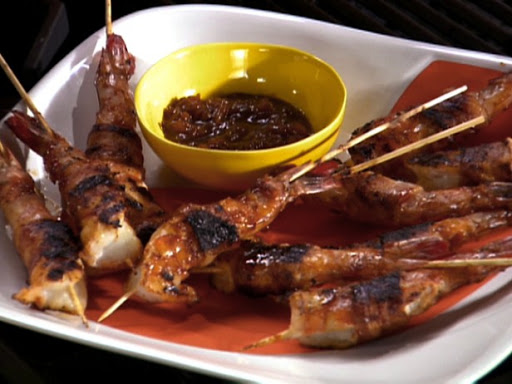 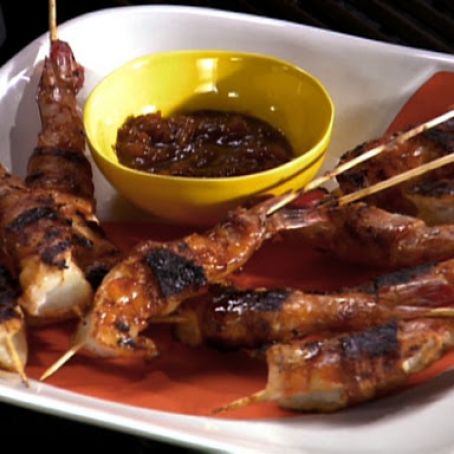 Preheat grill to medium.
Soak skewers in water while preparing the BBQ sauce. In a medium saucepan melt butter and saute onions and jalapeno, until tender. Season with cayenne, and salt and pepper. Add ginger, brown sugar, orange juice and ketchup in that order making sure to blend each ingredient completely before adding the next ingredient. Let simmer until the edges begin to caramelize, about 15 minutes. Set aside and let cool. Once cool, remove half of the sauce and reserve for dipping. The other half is for brushing on the shrimp when grilling. Cut bacon in thirds. Thread each shrimp onto a skewer, starting from the tail end. Bend the shrimp as you thread it so it lies in 1 straight line on the skewer, removing its natural curve. Wrap the center of each shrimp with a piece of bacon. Brush with BBQ sauce and place skewers with bacon, seam side down, onto the grill. Cook over medium heat until bacon crisps and shrimp is cooked through, about 8 minutes. 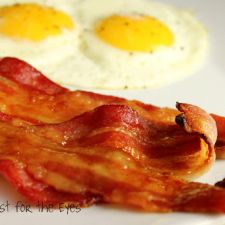 Perfect Bacon with a Special Ingredient