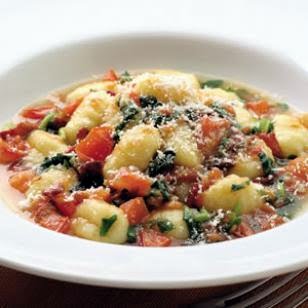 We use just a touch of pancetta—cured Italian-style bacon—to balance the sweet tomatoes and peppery watercress. Make it a meal: A salad tossed with a red-wine vinaigrette completes dinner. 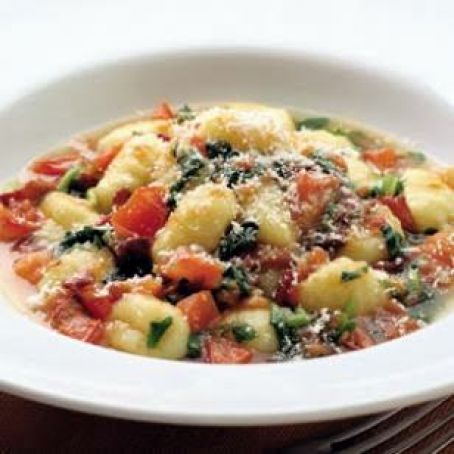 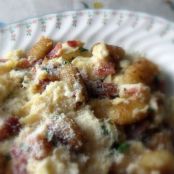 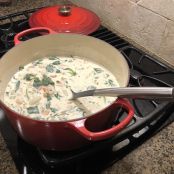 1.Put a large pan of water on to boil.
2.Cook pancetta in a large nonstick skillet over medium heat, stirring occasionally, until it begins to brown, 4 to 5 minutes. Add garlic and cook, stirring, for 30 seconds. Add tomatoes, sugar and crushed red pepper and cook, stirring, until the tomatoes are almost completely broken down, about 5 minutes. Stir in vinegar and salt. Remove from the heat.
3.Cook gnocchi in the boiling water until they float, 3 to 5 minutes or according to package directions. Place watercress in a colander and drain the gnocchi over the watercress, wilting it slightly. Add the gnocchi and watercress to the sauce in the pan; toss to combine. Serve immediately, with Parmesan 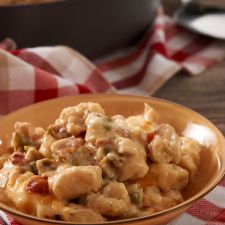