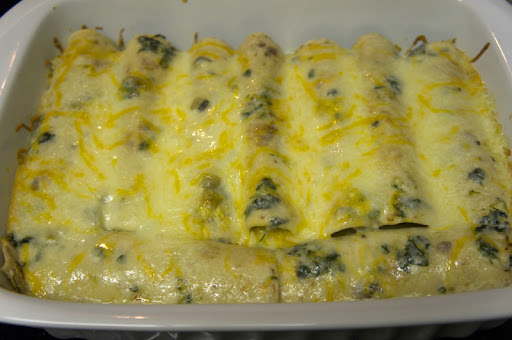 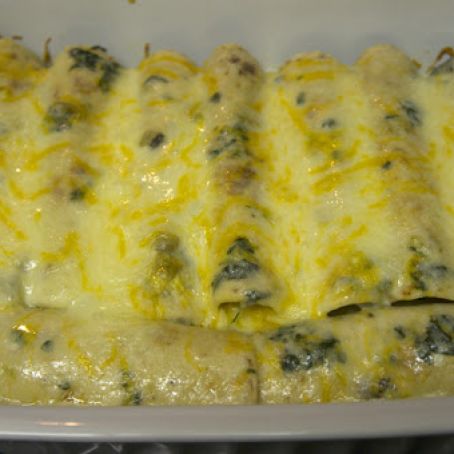 The Filling
Boil chicken breasts until done. Shred the chicken but pour the broth (2 cups) into a bowl and set aside for now. Put the shredded chicken back into the pan and mix in the cream of chicken soup, sour cream, yellow/white onion, one cup of the cheese, and garlic powder, salt and pepper to taste, heat but don’t boil.


Sour Cream Sauce
In a sauce pan, melt butter, blend in flour, add chicken broth, and cook until mixture thickens and bubbles. Stir in sour cream and green chilies and salt to taste. Heat on low. DO NOT BOIL.


The Tortillas
You can fry the tortillas in the traditional method, but they add a heaviness that I’d prefer to avoid for a number of obvious reasons. So I found another method that’s a light lighter: Spray both sides of each tortilla with a non-stick cooking spray then wrap them in a paper towel and place in the microwave and cook on high for 60 seconds.

Once tortillas are ready, spoon filling into each tortilla, roll and place them in a baking pan(s). Sprinkle a light layer of cheese over the tortillas then pour the sour cream sauce over top and bake at 425 degrees for 20 to 25 minutes. Serve piping hot.