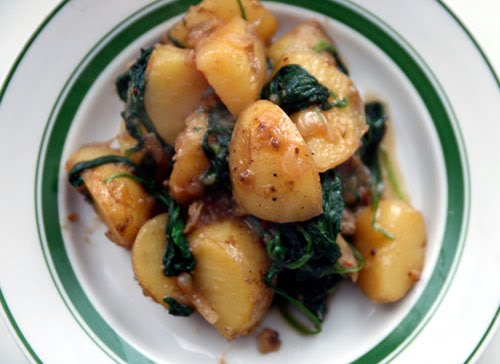 One thing I've come to love about Indian cooking is the masterly way they cook vegetables. There's something wonderful about the texture and spiciness of vegetable curries that tastes remarkably full and meaty. Even though I was first hooked by takeout standbys like chicken tikka masala, the soul of Indian cooking must be a vegetarian.

Saag, a common dish, is a kind of creamy spinach with mustard leaves that's served at a soupy consistency (saag paneer, with chunks of paneer cheese, is a common variation). Saag aloo is a version with potatoes. This recipe, adapted from The Best-Ever Curry Cookbook, is from Bengal and is slightly different. Mustard seeds are used instead of leaves, and the spinach isn't cooked down nearly as much.

Ginger and garlic, which begin just about every curry I've cooked, are caramelized with mustard seeds and fresh chili, then combined with water as the potatoes braise. During the process they melt into a sauce that's rich and spicy. 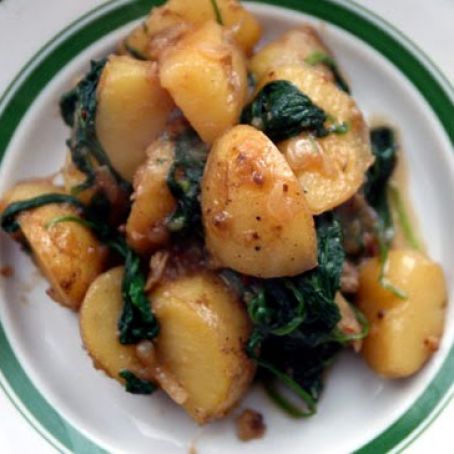 1
Heat the oil in a heavy pot over medium heat and add the mustard seeds. Fry until they begin to pop, then add the onion and ginger and fresh chili, if using. Saute, stirring occasionally, until beginning to brown.

2 In the meantime, bring a pot of water to boil for the spinach. Peel the potatoes if desired and chop into chunks.

3 Add the potatoes, chili powder (if using), salt, and water to the pot. Bring the heat to low and cover, cooking until the potatoes are close to soft. Stir occassionally.

4 In the meantime, blanch the spinach for 3-4 minutes, then drain and press out as much water as possible.

5 When the potatoes are close to soft, uncover and add the spinach. Add more water if necessary to avoid burning. Continue cooking until the potatoes are tender, increasing the heat if desired to brown the potatoes. Season to taste with salt and serve. 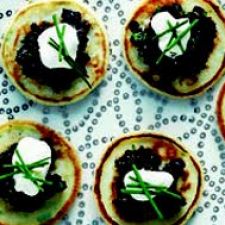