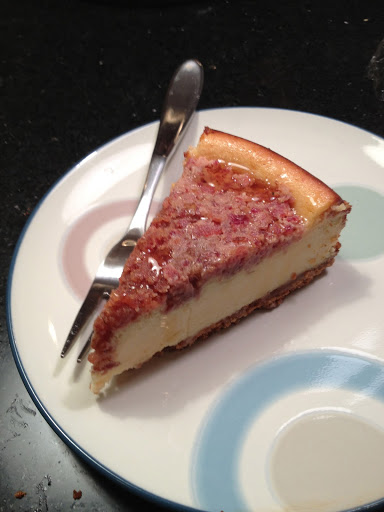 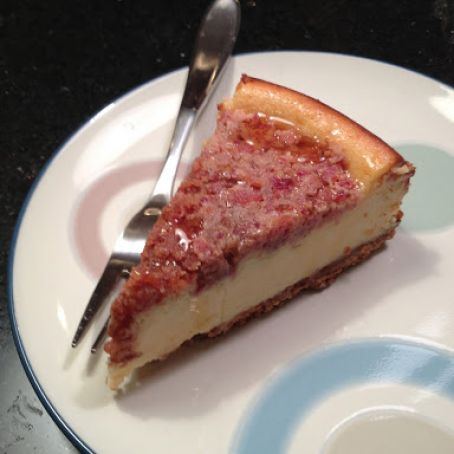 Preheat the oven to 350 degrees F.

For the crust: In a food processor, pulse the wafers, pecans, sugar and cinnamon until they reach a consistency that can be pressed. Work the butter into the mix until crumbly. Press uniformly into 1 large or 6 mini springform pans. Bake for 5 minutes.

For the filling: In a stand mixer or with a hand mixer, mix the cream cheese and sugar until light and fluffy. Add the sour cream and mix well. Add the eggs and yolks one at a time; mix well and scrape down the sides before adding the next egg. Add the maple syrup and extract. Pour into the pan with the baked crust, stopping 1/2 inch from the top of the crust. Bake for 12 minutes (if using mini pans) or 45 minutes (if using a large pan). After 5 or 10 minutes (depending on the size of pan), put the pieces of bacon into the cheesecake.

For the topping: Mix the sour cream, sugar, maple syrup, vanilla and bacon fat in a bowl. Carefully pour spoonfuls of the topping on the cheesecake from the outside edges to the middle of the top. Be careful to not overfill the pan. Bake for an additional 5 minutes. Carefully remove from the oven and cool in the refrigerator until set.

For the candied bacon garnish: Cook the bacon until crispy and place on a rack. Mix the maple syrup with the extract and pepper and paint the mixture with a pastry brush on both sides of the bacon. Broil the bacon for 1 minute on each side. Crack more pepper over the bacon and cool until set. Garnish the cheesecake with the candied bacon 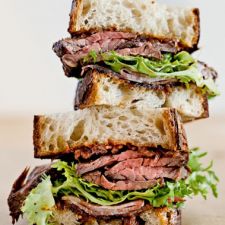