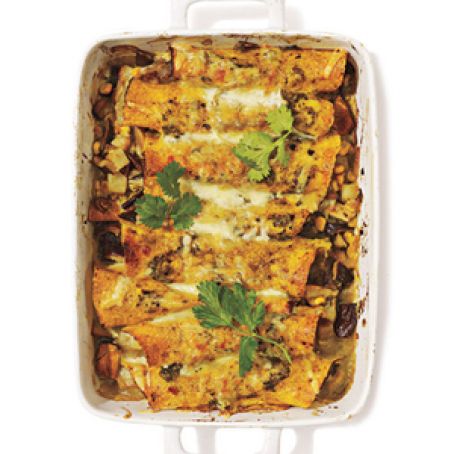 Meanwhile, heat the oil in a large nonstick skillet over medium-high heat. Add the onion and potato and cook, tossing often, until the potato begins to soften, 6 to 8 minutes. Add the corn, mushrooms, 1 cup of the soaking liquid, ½ teaspoon salt, and ¼ teaspoon pepper. Reduce heat to medium and cook, stirring often, until the potatoes are tender and most of the liquid is absorbed, 6 to 8 minutes. Transfer to a large bowl and stir in 1 cup of the Monterey Jack.

Spread ½ cup of the enchilada sauce in the bottom of a 9-by-13-inch baking dish. Dividing evenly, roll up the mushroom mixture in the tortillas and place seam-side down in the dish. Top with the remaining enchilada sauce and sprinkle with the remaining Monterey Jack. Bake until the sauce is bubbling and the Monterey Jack is melted, 12 to 15 minutes. Sprinkle with the cilantro. 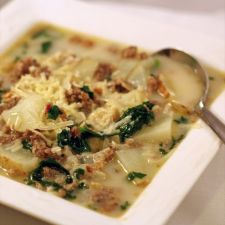