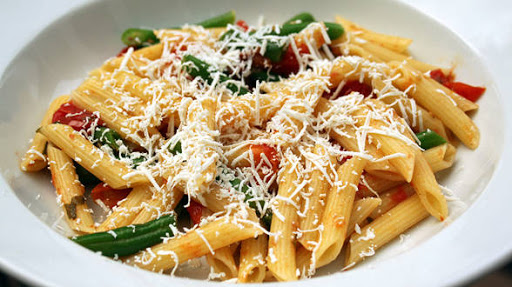 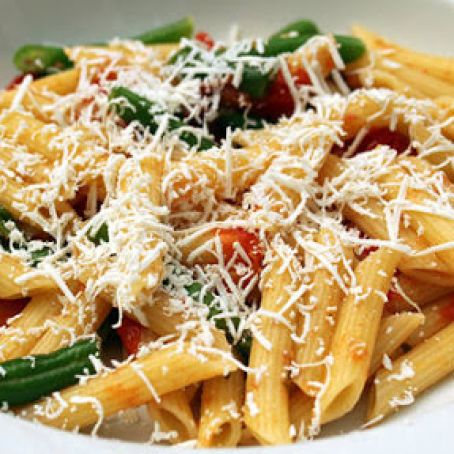 Bring a large pot of water to a boil for the pasta.

In a large skillet with a tight-fitting lid, heat the EVOO, four turns of the pan, over medium-high heat. Add the garlic and chili pepper and swirl for 2 minutes. Add the tomatoes and shake to coat with the EVOO; season with salt and pepper and cover the pan. Cook until some of the tomatoes burst, 10-12 minutes, then break up the remaining tomatoes with a potato masher and deglaze the sauce with the wine. Reduce for 1-2 minutes, then stir in the tarragon and lower the heat to simmer. Adjust the seasonings.

Salt the boiling water, then cook the pasta for 7 minutes; add the green beans (or haricots verts) and cook for 4 more minutes. Reserve half a cup the starchy cooking water; drain the pasta and beans and add to the skillet. Toss with the sauce and reserved starchy cooking water. Serve in shallow bowls topped with lots parm cheeze 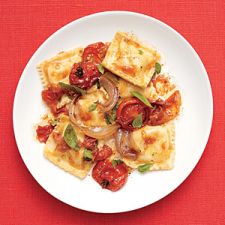