Baked Oysters With Bacon And Leeks 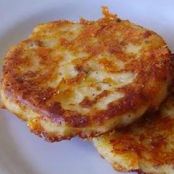 Sauté bacon in heavy large skillet over medium heat until crisp, about 6 minutes. Transfer bacon to paper towels to drain. Discard all but 2 tablespoons drippings from skillet. Add leeks, celery, bay leaf, and cayenne to skillet and sauté over medium heat until vegetables are soft, about 12 minutes. Add wine and cook until absorbed, about 15 seconds. Add cream mixture and bring to simmer. Stir until leek mixture thickens slightly, about 3 minutes. Stir in bacon and cheese. Season generously with salt and pepper. (Can be made 1 day ahead. Cool slightly. Cover and refrigerate.)

Place 1 oyster on each of 20 oyster shells or place 2 oysters in each of 10 small ramekins. Top oyster in each shell with 2 tablespoons leek mixture, or top oysters in ramekins with 1/4 cup leek mixture. Place on rimmed baking sheet. (Can be made 4 hours ahead. Cover and chill.)

Preheat oven to 500 degrees. Divide breadcrumbs among shells or ramekins. Bake until leek mixture bubbles and crumbs are golden, about 8 minutes. 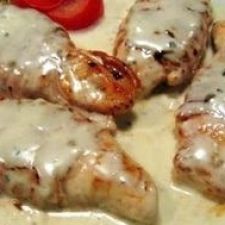