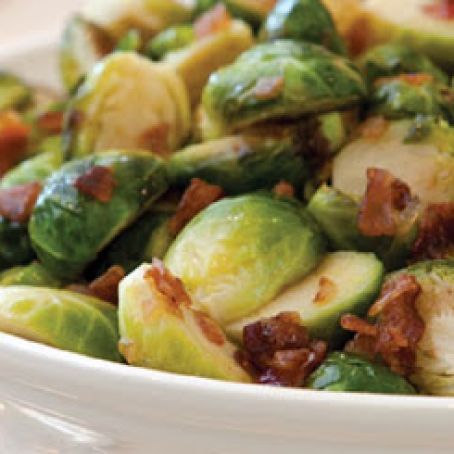 In a large skillet, cook bacon over medium heat until crisp. Remove bacon and drain on paper towels, reserving 1⁄4 cup drippings in skillet.

Add onion to hot drippings in skillet and cook, stirring constantly, for 6 to 8 minutes or until tender. Remove from heat; add half of onions and bacon drippings to each pan of Brussels sprouts. Toss well and spread in a single layer.

Bake for 20 minutes. In a small bowl, combine honey and vinegar. Remove pans from oven; stir half of honey mixture into each pan of Brussels sprouts and spread in a single layer. Rotate position of pans on oven racks. Bake for 5 minutes or until Brussels sprouts are browned and just tender. Sprinkle with salt and pepper. Toss with bacon just before serving. 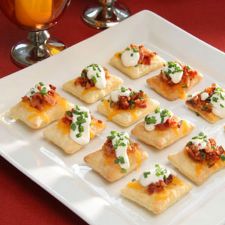