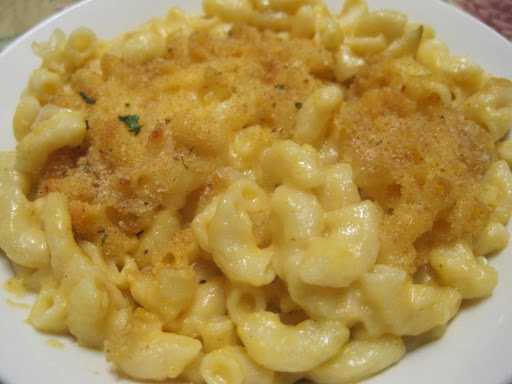 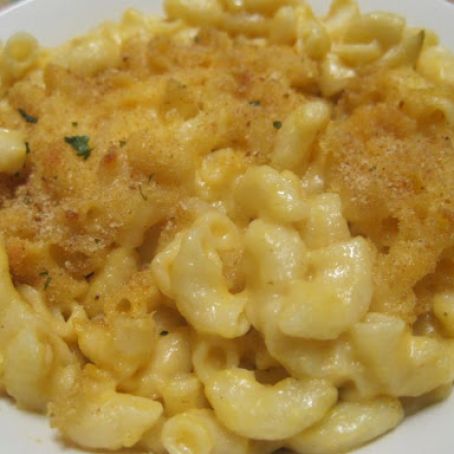 In a large pot, boil water for the elbows. When water begins to boil, add salt liberally. Let water return to a boil, and cook elbows until al dente. Drain well. Meanwhile, in a separate pot, warm butter over medium heat. Stir in onion and cook until tender. Mix in flour and whisk for a few moments, until it lightly browns in color. In smaller pot, heat the milk just until it boils and pour the boiling milk into the pot with butter, onions, and flour. Stir well, and add American cheese. Simmer and stir until thick. Add nutmeg. Mix melted cheese mixture with elbow pasta and pour into a baking dish. Sprinkle top lightly with bread crumbs and a few pats of butter. Bake at 350°F for forty minutes and until golden brown on top.
Camille’s Special Note: My love of mac ’n’ cheese began in early childhood. As an adult, I have tried many recipes in many variations. This recipe is basic and great to serve to kids of all ages. I find that using a simple American cheese works really well. However, do not hesitate to reinvent your mac ’n’ cheese. Experiment with other cheeses, such as Gruyère or Asiago. Get creative by adding lobster or pancetta or veggies. The possibilities are endless!
Camille’s Tip: For mac ‘n’ cheese, it is best to purchase your cheese as a block and then grate it. This will allow for a much smoother cheese sauce.