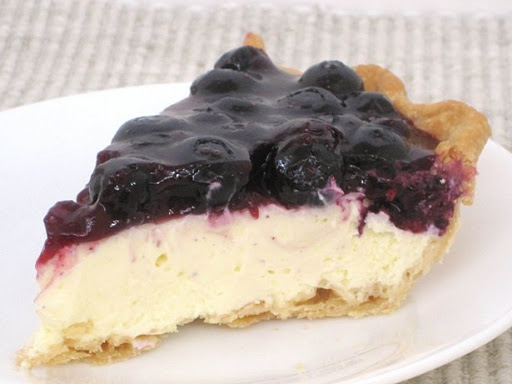 Is it a pie? Is it a cheesecake? It's both! The traditional pie crust is filled with a luscious cheesecake filling and crowned with blueberry topping. 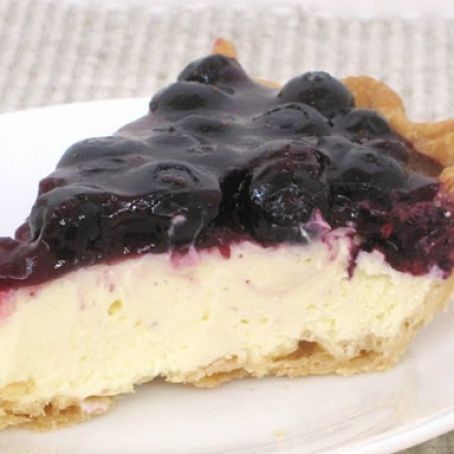 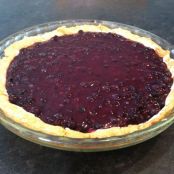 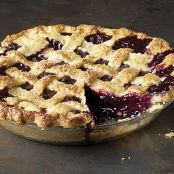 Place in ungreased 9 inch pie plate. Press firmly against side and bottom. Fold excess crust under and press together to form thick crust edge; flute.

Line crust with 10 inch parchment paper or foil circle. Fill bottom of crust to about 1/2 inch deep with metal or ceramic pie beans. (Use rice or dry beans if you don’t have pie beans.)

Return crust to oven. Bake an additional 4 to 6 minutes or until bottom looks dry and is just starting to turn light brown.

Cover edge of crust with strips of foil to prevent excessive browning. Bake 25 to 30 minutes or until filling is set but center still jiggles slightly when moved.

Heat to boiling over medium heat, stirring constantly. Boil 2 minutes or until thickened and most of the berries have popped. 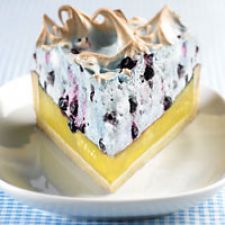