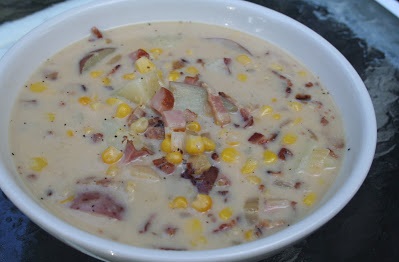 Cut bacon strips in to thin slices and fry in a sauté pan until browned. Drain bacon and oil on to a plate lined with a couple of paper towels. In the same pan add onions and drained bacon. Cook until onions are soft. Add black pepper and flour and cook for about 2 minutes to bring out the flavor of the pepper and to cook out the raw flavor of the flour. Add ham and give it a little stir. Set aside. 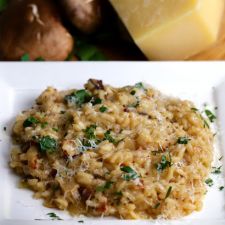