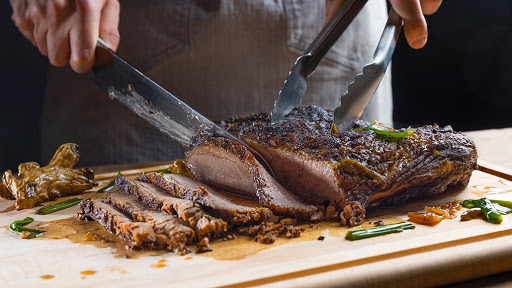 Five-Spice powder is rubbed on the brisket before being braised in a broth of soy sauce, beef stock, ginger, and scallions resulting in a delicious dinner party centerpiece. Serve this with the steamed or roasted vegetables of your choice and some fried rice for an Asian-inspired culinary adventure. This recipe is best for holiday gathering because it feeds large groups of people with ease. 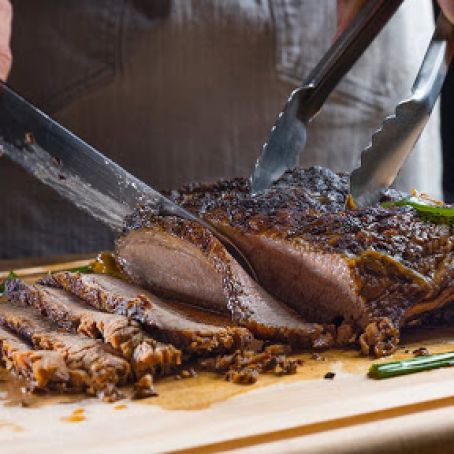 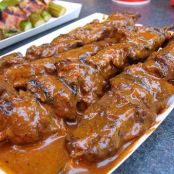 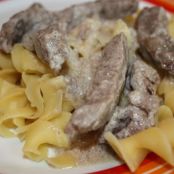 Heat a cast-iron skillet over high heat. Place the ginger and onions in the pan and cook, turning as needed, until well charred, 6 to 8 minutes. Set aside.

In a 5.5-quart Dutch oven, heat the oil over medium-high heat. Rub the brisket completely with the five-spice powder and season with salt and pepper. Sear the brisket, turning as needed, until golden brown, 5 to 7 minutes. Transfer the brisket to a plate.

Add 1 cup of the stock to deglaze the pan, and then return the charred vegetables and seared brisket to the pan. Add the remaining ingredients. Bring the liquid to a simmer, then cover the pot and place it in the oven. Cook until fork-tender, 3 to 3 1/2 hours.

Transfer the brisket to a cutting board and thinly slice against the grain. Divide between plates, pouring some of the braising liquid over each, then serve. 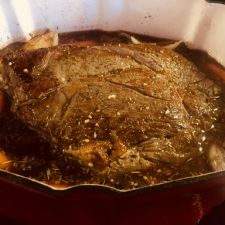