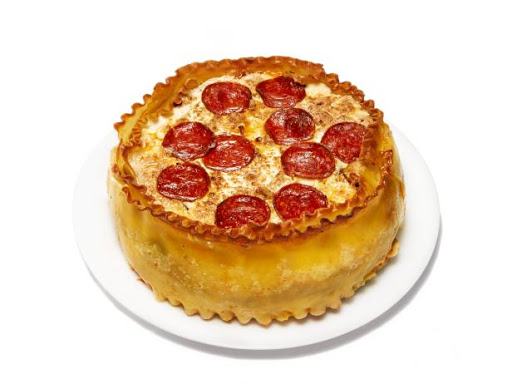 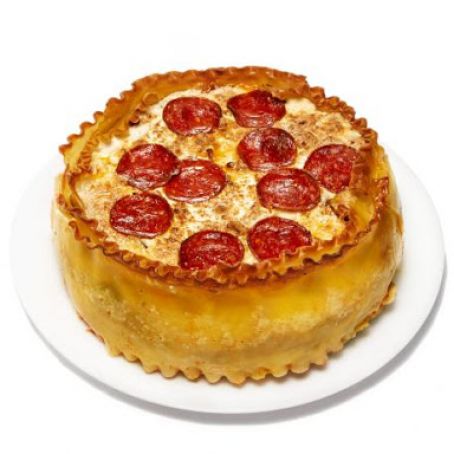 Meanwhile, preheat the oven to 375 degrees F. Brush an 8-inch round springform pan with olive oil and line with foil, leaving an overhang. Bring a pot of salted water to a boil. Add the noodles and cook as the label directs; drain and toss with the remaining 1 tablespoon olive oil.

Combine 2 cups mozzarella, the ricotta, parmesan and eggs in a bowl; season with 1/2 teaspoon salt and a few grinds of pepper.

Bake until browned and bubbling, about 1 hour (tent with foil if the top is browning too quickly). Let stand 30 minutes to 1 hour, then lift out of the pan using the foil. Remove the foil and slice.