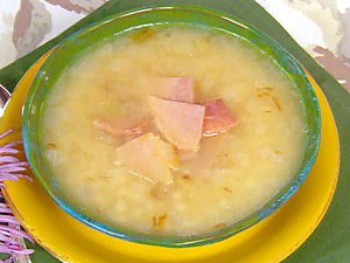 Senate Bean Soup, prepared with traditional early American ingredients of dried white pea beans, onions, and a ham bone, has been on the menu in the United States Senate restaurant since the early 20th century, possible longer. Is is the most popular item on the menu and is usually recommended by members of Congress when entertaining guests there for the first time.

Bean soup, a favorite of Speaker of the House, Joseph G. Cannon (1836–1926) of Illinois, was omitted from the menu on one hot, humid day in 1904. When speaker Cannon arrived for lunch and learned he could not order it, he was more than a little upset. “Thunderation!” roared the speaker. “I had my mind set for bean soup. From now on, hot or cold, rain, snow, or shine, I want it on the menu every day.”

A resolution was introduced in 1907 by Senator Knute Nellson of Minnesota, chairman of the Senate Rules Committee, that decreed that while the Senate is in session, no day shall pass without Senate Bean Soup. From that time on, Senate Bean soup has appeared on the menu in all eleven Congressional dining rooms every single day, regardless of the weather. This tradition has endured for over 100 years, 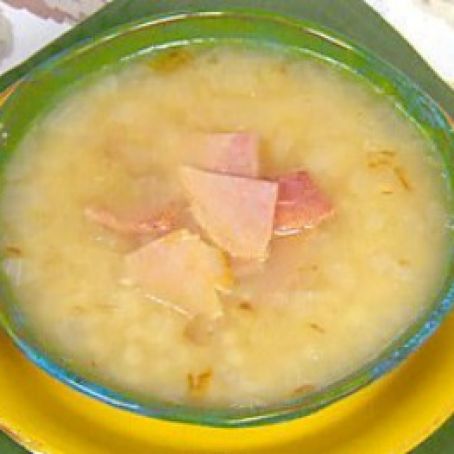 2. In the same soup pot over medium-high heat, bring the 3 quarts of water to a boil. Reduce heat to low; add beans and ham bone or ham. Cover pot and let simmer 1 hour.

3. In a large frying pan over medium-high heat, melt butter. Add onions, celery, and garlic; saute until vegetables are soft. Add vegetables and mashed potatoes to the cooked soup and let simmer an additional 1 hour or until beans are thoroughly cooked.

Serve in soup bowls and garnish with chopped parsley.