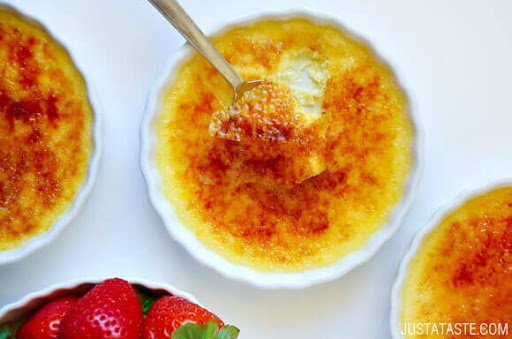 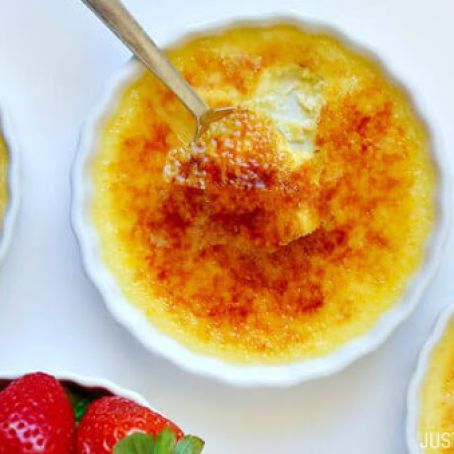 With the mixer on a low speed, slowly stream in the heavy cream and mix just until combined. Add the egg yolks, one at a time, mixing between each addition. Stir in the vanilla extract.

Place six crème brûlée molds on a baking sheet. Pour the mixture evenly among the molds. Place the baking sheet in the oven then pour enough almost boiling water into the baking sheet until it comes up halfway around the molds. Bake the cheesecakes for about 50 minutes, or just until they are set.

Remove the cheesecakes from the oven and allow them to cool to room temperature. Once cooled, cover each with plastic wrap and refrigerate them for a minimum of 2 hours.

When ready to serve, remove the cheesecakes from the fridge and discard the plastic wrap. Sprinkle each with 1 teaspoon of the remaining sugar. Using a butane torch, caramelize the sugar until it's golden brown. (Alternatively, place the molds under a preheated broiler until the sugar is caramelized.) Serve immediately.