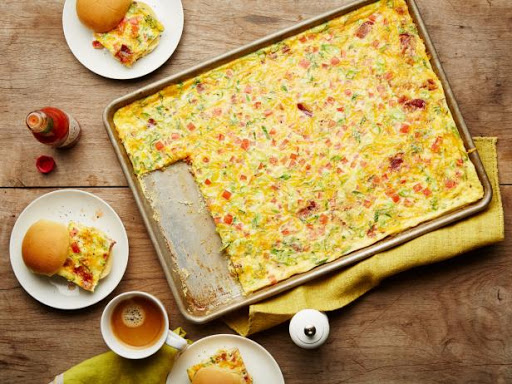 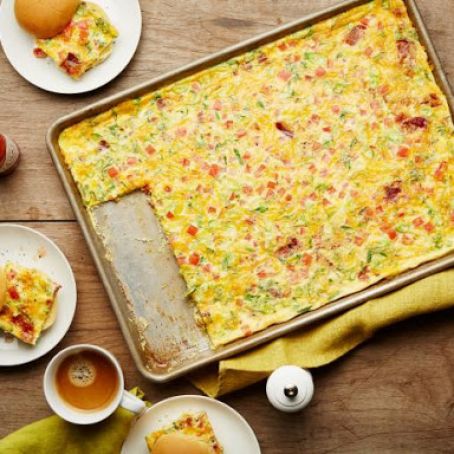 Preheat the oven to 350 degrees F. Spread the bacon pieces in a single layer on an 18-by-13-inch sheet pan and drizzle with vegetable oil. Bake until crisp and lightly browned, about 15 minutes, stirring halfway through. Remove the pan from the oven but do not drain the fat or remove the bacon. Reduce the oven temperature to 300 degrees.

Meanwhile, whisk the eggs, half-and-half, scallions, 2 teaspoons salt and 1/4 teaspoon pepper together in a large bowl. Redistribute the bacon evenly on the sheet pan, then pour the egg mixture over and top with tomatoes and cheese. Return the pan to the oven, being careful not to spill, and bake until the eggs are just set, about 25 minutes.

Let the eggs cool 5 minutes before cutting. Meanwhile, warm the buns in the oven on a separate baking sheet. Use a knife or pizza cutter to cut the eggs into 16 even portions and place them between the bun halves. Serve the sandwiches with hot sauce on the side. 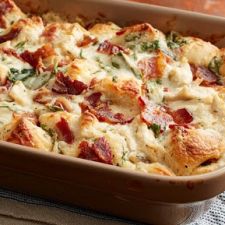