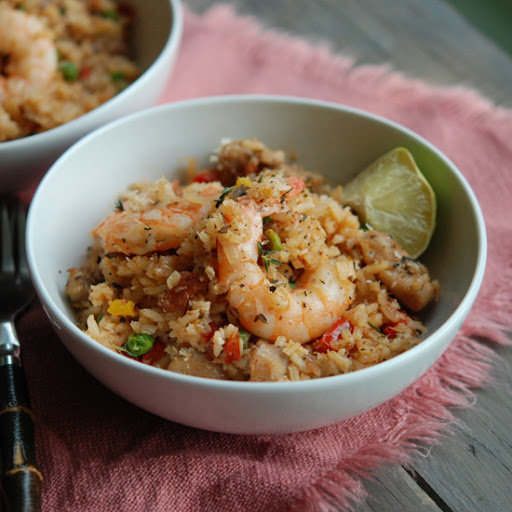 This delicious asopao (stew) is Trinidad-inspired with some other influences from the Caribbean and Florida. Whether by land, air or the sea this dish has you covered. Serve with plenty of extra limes and hot chile sauce at the table and enjoy. 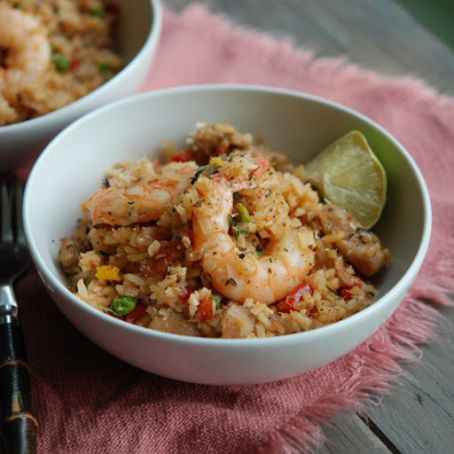 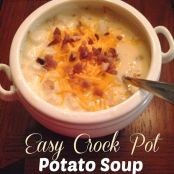 Preheat the oven to 400°F. In a medium bowl, toss the chicken with the garlic, oregano and thyme. Let stand for 30 minutes at room temperature.

Spread the coconut on a small baking sheet and toast until golden, about 1 minute. Let cool.

In a large, deep skillet, heat the olive oil. Add the chicken and cook over moderately high heat, stirring occasionally, until browned, about 5 minutes. Using a slotted spoon, transfer the chicken to a bowl.

Add the bacon to the skillet and cook until the fat has rendered and the bacon is beginning to crisp, about 3 minutes. Add the onion, bell peppers and chile and cook until the onion is translucent and the peppers have softened, about 3 minutes. Stir in the tomato and cook for 1 minute. Stir in the rice and toasted coconut, then stir in the wine and cook until most of it has been absorbed, about 2 minutes. Return the chicken to the skillet. Add the stock and season with salt and black pepper. Bring to a boil, cover and simmer over moderately low heat until the rice is barely tender, about 25 minutes.

Stir in the shrimp, peas and lime juice. Cover and cook until the rice is tender and the shrimp are cooked through, about 6 minutes longer. Discard the chile and season with salt and pepper. Serve, passing lime wedges, jalapenos and hot sauce at the table. 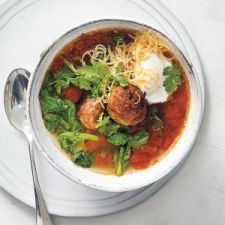