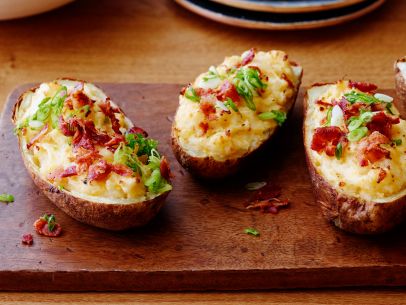 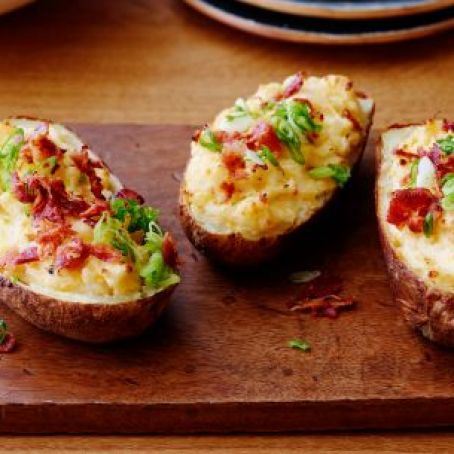 Preheat the oven to 400 degrees F.


Wash the potatoes and pierce them with a fork. Rub the potatoes with the olive oil and place them on a jellyroll pan or a large cookie sheet with a rim. Bake the potatoes for 45 minutes to an hour, or until done. Remove the potatoes from the oven and cut them in half lengthwise. Set aside. Reduce the temperature of the oven to 350 degrees F.


When the potatoes are cool enough to handle, scoop out the potato flesh into a large electric mixing bowl. Add the milk, butter, sour cream, cheese, garlic salt, and salt and pepper to taste. Mix until creamy. Divide the mixture evenly and spoon it back into the potato shells. Return the potatoes to the oven for 15 minutes. Remove from the oven and garnish with the bacon and green onion.

Cook Notes: I learned the hard way not to wrap the potatoes in foil before baking. It softens the shells and they will fall apart not good! Baking them unwrapped makes the shells stronger for scooping out the potato flesh later. 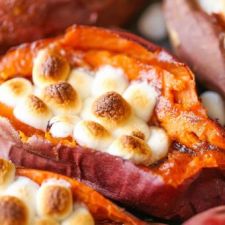