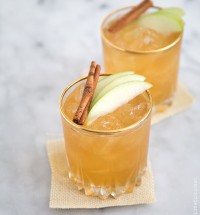 While I’m serving this cocktail chilled, I think it would be amazing warm with fresh apple cider. You could even add a dollop of cinnamon whipped cream to make this drink even more heavenly. And if you really want to booze it up, spike the drink with a little bourbon. Just be sure to keep this drink from kids. It smells too much like apple pie, and the alcohol doesn’t hit you until it’s too late. 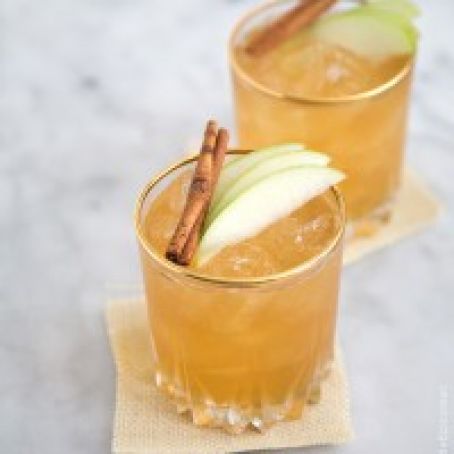 Cinnamon Simple Syrup: In a medium sauce pot, add water, sugar, and cinnamon sticks. Set over medium heat and bring to a boil. Remove from heat. Cover pot and let mixture steep for 30 minutes. Strain out cinnamon sticks. Allow cinnamon simple syrup to cool to room temperature. Transfer to an airtight container and store in the fridge until ready to use. Keeps in the fridge for 2 weeks. 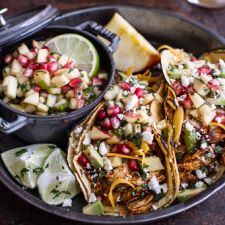