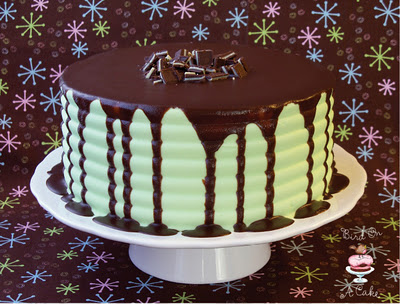 Want a slice of heaven? Try this decadent and delicious Andes Mint Chocolate Cake. The ganache in the recipe can be cut in half to cover your cake, but why not have extra for later to pour over ice cream or drizzle on cupcakes! 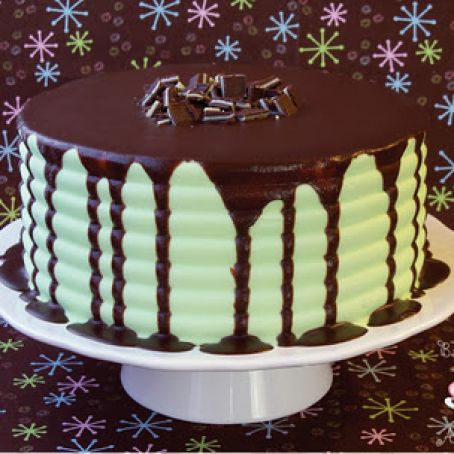 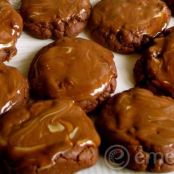 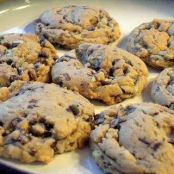 Heat oven to 350 degrees. Line the bottom of three 8 inch cake pans with wax paper and spray the sides of the pan with cooking spray. Bring some water to a boil and keep it simmering while you mix the other ingredients.

Add 1 cup of the boiling water and carefully stir until it is mixed in. Beat for 1 1/2 minutes with mixer. Shake the chopped Andes Mints in a ziploc bag with a tablespoon of flour, until they are lightly coated. Fold the mints into the batter and pour into prepared pans. Bake for 20-23 minutes (until toothpick inserted in center comes out clean).

Place the chocolate chips in a metal bowl. Heat cream over medium heat. Watch it closely and immediately remove from heat when it starts to boil. Pour over chocolate chips. Let stand for 1 or 2 minutes. Then slowly stir the mixture until all the chips have completely melted. Stir in the vanilla.

Allow the ganache to cool and slightly thicken before you use it. Let it sit at room temperature for a couple hours, or put in the refrigerator if you want to speed things up. Start pouring the ganache over the center of your cake, and slowly move outward in circles.

You can actually cut this recipe in half and still have enough to cover the cake. But you will love having leftovers to pour over ice cream, drizzle over cupcakes...so many possibilities! Cover and store refrigerated for up to 2 weeks. 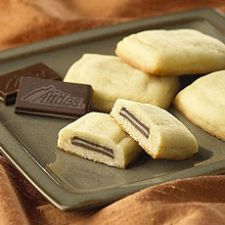