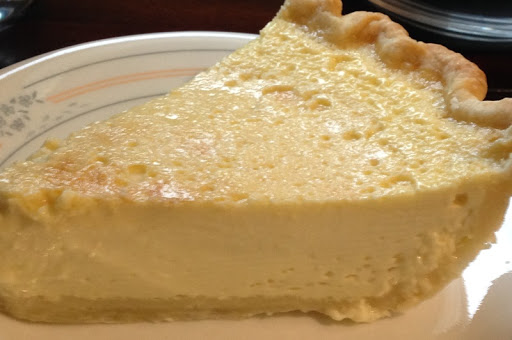 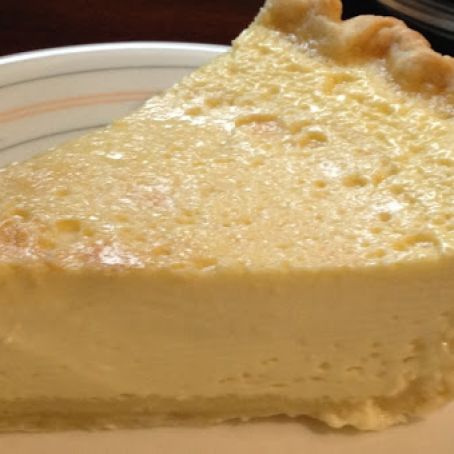 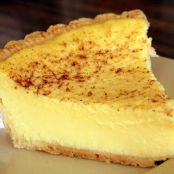 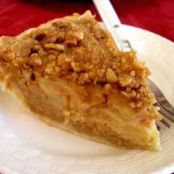 CRUST:
1. In a large mixing bowl, place the flour, sugar, salt, and butter.

2. Stir the ingredients together briefly, just enough to mix the flour, sugar and salt together. Use a dough cutter (or you can use a food processor) to “cut” the butter into the flour. You want to see very small pieces of butter (about the size of a pea).

3. Pour the ice water over the flour mixture, starting with 1/4 cup of ice water. Gently mix the water into the flour, forming a shaggy, loose dough. Add more water, a spoonful at a time, until the dough comes together. You should not need more than 1/2 cup of ice water.

This is what it looks like after the initial mixing of water and flour. You can still see some dry bits at the bottom of the bowl, but this is the perfect consistency — you do not need any more water at this point.

Give it another minute or so of kneading and the dough will come together.

4. Wrap the dough in plastic wrap and place in the refrigerator to rest for at least 15 minutes. I actually place my dough in the freezer. Don’t worry — the dough won’t freeze solid. The goal is to get the butter very cold again (since the butter softened during the mixing process). You want to still see chunks of butter when you roll out the dough and eventually bake it. During the baking process, the melting butter creates steam, which is what makes your dough nice and flaky.

5. After 15 minutes, remove the dough from the refrigerator (or freezer). Place the dough between two large sheets of parchment paper.

6. Roll the dough into a circle, about 1/8 inch thick and two inches larger in diameter than the width of your pie pan. Turn the pie pan upside down on top of the parchment paper to measure.

8. Carefully peel the parchment paper off the dough (save the paper for use later). Push the dough into the sides of the pan (and pinch the dough to close any holes), if necessary.

9. Trim off some of the dough around the edge, leaving a little bit of dough hanging over the side. Use whatever method you like to flute the edge of the dough. I just use my fingertips to create a fluted edge like you see below.

10. It’s time to blind-bake the pie crust. Pre-heat your oven to 425 degrees. Place one sheet of parchment paper inside the pie pan. Place the dried beans over the parchment paper. I like to place my dried beans in oven cooking bags; this way I can reuse the beans the next time I bake a pie.

11. Bake the pie crust for 15 minutes then remove it from the oven. Remove the beans and parchment paper and return the pie crust to the oven to bake for 5 more minutes.

Set the pre-baked crust aside while you prepare the custard filling.

In a small mixing bowl, place the sugar, eggs, vanilla extract and salt. Use a hand mixer on low speed (or a whisk) to mix the ingredients together; mix for a couple of minutes only. Do not over-mix or your resulting custard will turn out grainy.

BAKE THE PIE:
1. Place your oven rack in the bottom half of your oven. Place a baking pan in the oven, then place the un-filled and pre-baked pie crust on top of the baking pan.

I do it this way because the filling will come to the very brim of the pie crust — it is much easier doing it like this than trying to fill the crust outside of the oven, then carrying the full crust to the oven without spilling it (yeah, that’s a mess waiting to happen).

2. Bake the pie for a total of 50 minutes. After 40 minutes, if you need to, wrap a piece of foil (or use a pie shield) around the edge of the pie (to prevent the crust from burning or browning too much). Bake for 10 more minutes then remove the pie from the oven.

The pie will be jiggly still when you take it out of the oven. It will look something like jello, with the top surface of the pie rippling as you gently shake it. You may think the pie is under-cooked, but TRUST ME, it is DONE. Resist the urge to bake it longer.

You really don’t want to over-bake custard pies. Have you ever had custard pies that tasted way too much like eggs? That’s due to OVER-BAKING the custard — a real no-no.

3. Now comes the hard part. You MUST let the pie cool at room temperature for at least 2 or 3 hours before cutting into it. As the pie cools, the filling is still “cooking.” The pie will set (firm up) once completely cooled.

Ideally, after cooling at room temperature for a few hours, you want to refrigerate the pie another hour or so to finish cooling and allow the pie to set fully.

Of course, after the requisite 3 hours of room-temperature cooling, I just could NOT wait to eat this pie. I went ahead and cut a small slice — to give it a taste test, you see. As our family’s resident home chef, I just HAD to ensure this pie was fit for consumption! And it was.

As you can see, the pie is mostly set at this point, but another hour or longer of cooling in the refrigerator will be better.

This is the pie after cooling in the refrigerator overnight. Make sure the pie is completely cooled at room temperature before placing in the refrigerator or else condensation will collect on the top of the pie as it cools in the fridge. If that happens, don’t worry — just use a paper towel to soak up any accumulated condensation on top of the pie. 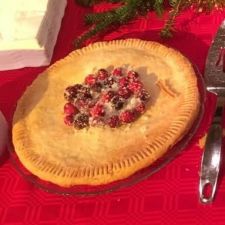