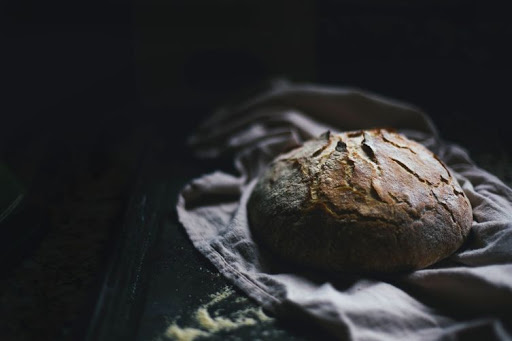 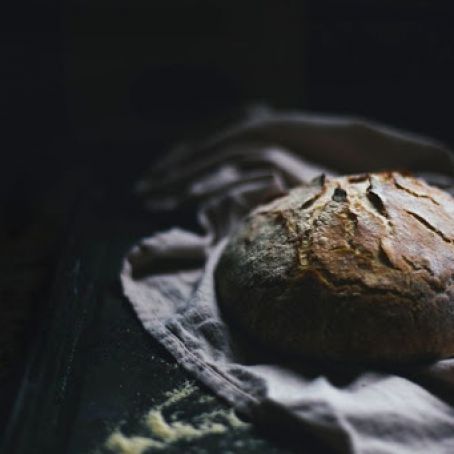 Sit a bowl on a kitchen scale. Measure your flour, salt, and yeast directly into the bowl. If using volumetric measurements, skip the scale. Stir in the water to form a sticky dough using a wooden spoon. It should be tacky, and if it isn’t, add a tablespoon or two more water.

Cover that bowl with a tea towel, plastic, what have you. And then let it come to life in a dark corner of your kitchen counter over the course of 12-18 hours. It will more than double in size and be dotted with bubbles. [Note: If you don’t have a scale, the volumetric measurements are acceptable albeit less accurate, but don’t pack the flour in. And then get a scale. I’m one of those true believers, a kitchen scale evangelist. More accurate. Fewer dishes. Amen.]

Pull the stringy dough out onto a generously floured surface and make a ball by pulling the edges into the center with lightly floured hands. It's gonna be sticky but resist the temptation to add more flour. Wrap seam side down in a kitchen towel (no terry cloth unless you want fuzzies in your bread) dusted with your choice of dusting flour for an hour or two. When your press your finger in 1/4 inch and it leaves an impression, it's ready. If not let it rest another 15 minutes.

In the last half hour of the second rise, heat your oven to 475° and throw a Dutch oven in there to heat up along with it. When it’s time to bake, dust the bottom of the pot with cornmeal or flour. Invert your bread ball in off the kitchen towel, seam up. Bake it 30 minutes covered and about 10 uncovered or until it’s deep golden. Cool it thoroughly, about an hour. Or don’t and rip into it within ten minutes, burning your finers, like I inevitably do. And there you have it. Yeasty, crusty, golden bread with, I swear, no more than 5 minutes of hands-on time.