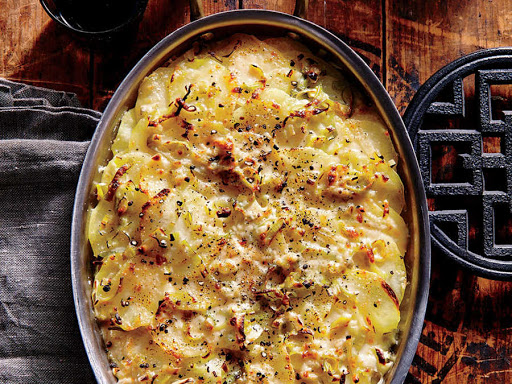 This Potato & Leek Gratin dish features a golden crisp crust with tender, cheesy potatoes, the combinations of textures and flavors is a great balance. Serve with eggs and a side of fruit for breakfast or as a side for dinner.

Combine milk, potatoes, and garlic in a large saucepan; bring to a boil. Reduce heat and simmer 5 minutes or until potatoes are almost tender. Drain in a colander over a bowl, reserving 1/2 cup milk mixture. 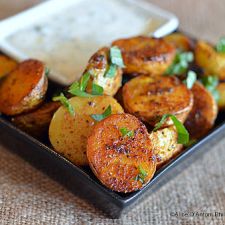