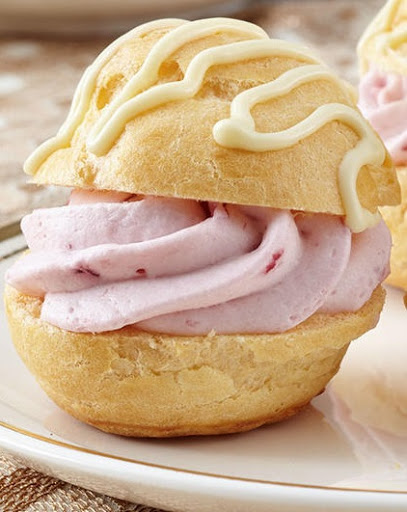 Profiteroles, or cream puffs, are light, egg-rich French pastries that puff up beautifully in the oven. Use large piping bags to pipe the pastry and the cream. 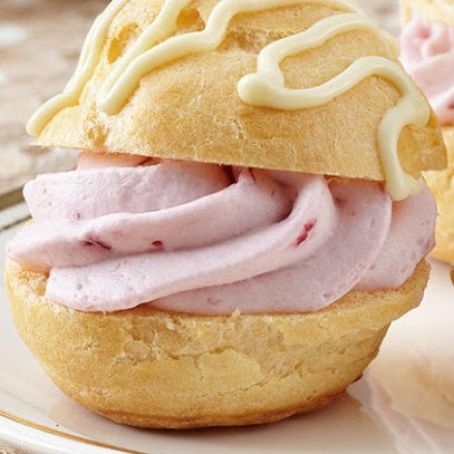 Cut pastries in half horizontally. Using piping bag fitted with 3/4-inch (2 cm) star tip, pipe 1 tbsp of the cranberry mixture onto cut side of each pastry bottom; refrigerate until set, about 30 minutes. Meanwhile, drizzle chocolate over pastry tops; refrigerate until firm, about 15 minutes. Sandwich pastry tops with bottoms. (Make-ahead: Cover and refrigerate for up to 24 hours.) 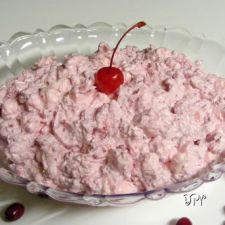