These Apple-Stuffed Acorn Squash are also a wonderful way to enjoy in-season apples and squash. After taking the photographs you see here, we brought the leftovers to a neighborhood house party – and they were immediately devoured! 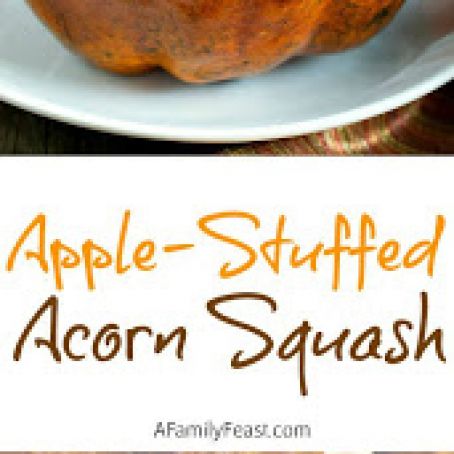 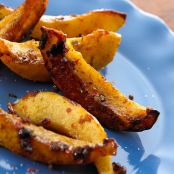 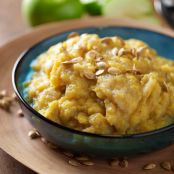 Cut squash in half horizontally and remove seeds. Pull or cut off stem if attached and on the other end, slice off a tiny sliver of the end so that it sits upright in a pan without rocking.

Place all four squash halves cut up in a 9x13-inch glass baking dish.

Peel, core and cut apples into one inch cubes and place in large bowl. Immediately cover with lemon juice and toss to coat. Add sugar, cinnamon, nutmeg, flour, salt, and apple sauce and mix. Divide evenly between four acorn squash halves. Cut the butter into four pieces and press one piece down into the center of each filled squash.

Remove from oven and serve. (The outside squash skin is not meant to be eaten.) 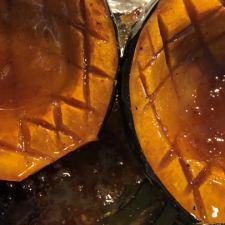