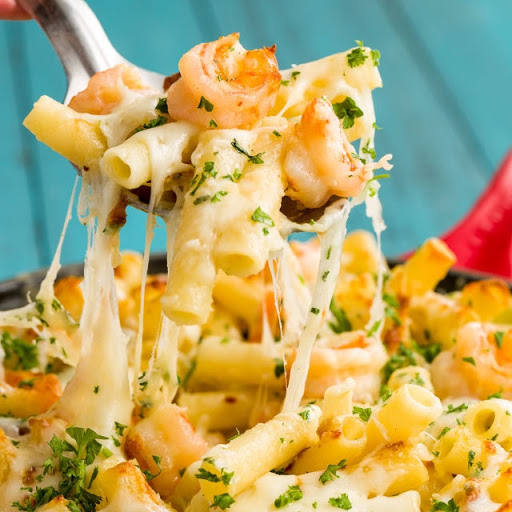 You can make the Garlicky Shrimp Alfredo Bake ahead of time and refrigerate. Put it in a 350 degree oven for about 20 minutes or until heated through, and then broil for 2-3 minutes and serve. 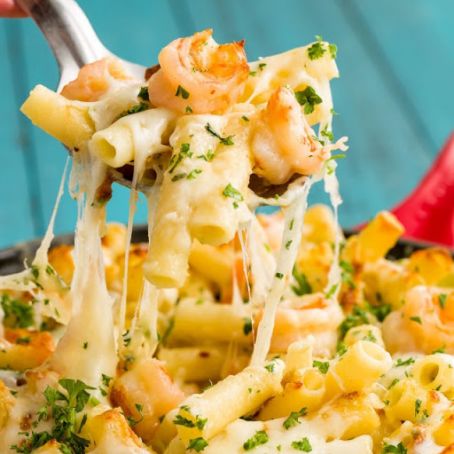 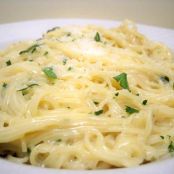 In a large pot of salted boiling water, cook penne according to package directions until al dente. Drain and return to pot.

Meanwhile, in a large ovenproof skillet over medium heat, melt 1 tablespoon butter. Add garlic, shrimp, and 2 tablespoons parsley. Season with salt. Cook until shrimp is pink and no longer opaque, 2 minutes per side. Transfer shrimp to a plate. (Keep juices in skillet.)

Add remaining 2 tablespoons butter to skillet to let melt, then add flour and whisk until golden, 1 to 2 minutes. Add milk and chicken broth and bring to a simmer. Stir in 3/4 cup mozzarella and 1/4 cup Parmesan until creamy. Season with salt and pepper.

Return shrimp to skillet. Add tomatoes and cooked penne and toss until combined. (Add more milk if mixture is too thick.)

Sprinkle with remaining 1/4 cup mozzarella and 2 tablespoons Parmesan cheese and bake until melty, 5 to 7 minutes. Broil 2 to 3 more minutes until top is golden (watch it carefully so it doesn't burn!). 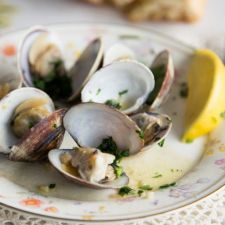