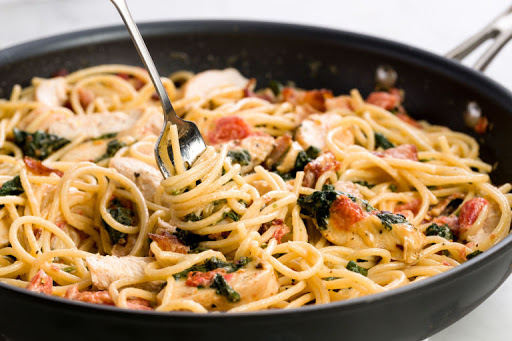 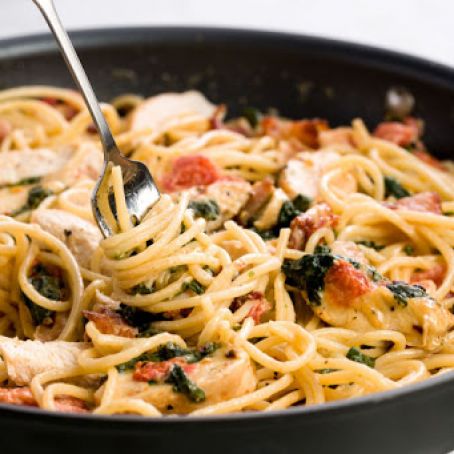 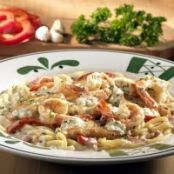 In a large pot of salted boiling water, cook spaghetti or angel hair according to package directions until al dente. Drain and reserve 1 cup pasta water.
Meanwhile, in a large skillet over medium-high heat, heat oil. Season chicken with salt and pepper and cook until cooked through, 4 minutes per side. Transfer to a cutting board and slice into strips.
In a second skillet, cook bacon until crispy. Transfer to a paper towel-lined plate and drain, then chop.
Pour off half the bacon fat and to skillet add garlic, tomatoes, and spinach and season with salt and pepper. Add heavy cream, Parmesan, and 1/2 cup pasta water and let simmer, then add spaghetti or angel hair and toss until fully coated.
Add chicken and bacon and toss, then garnish with basil and serve. 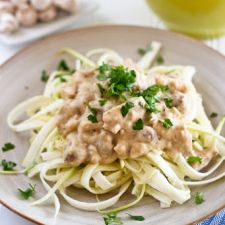