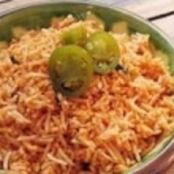 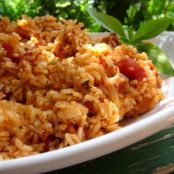 In a large ovenproof saute pan (with a lid), cook beef and onion over medium-high, breaking up the beef with a wooden spoon, until browned and no pink remains, about 3-5 minutes.
Stir in the diced tomatoes, Rotel, chicken broth, rice, brown sugar, salt, cumin, Worcestershire sauce, and pepper. Bring to a boil; stir once, then cover tightly. Reduce heat to low and let cook for 30 minutes undisturbed.
In the meantime, preheat oven to 375 degrees F.
Uncover pan and give the mixture a stir; sprinkle with the cheese. Transfer to the oven and bake for another 10 minutes until cheese is bubbly and melted.
Sprinkle cilantro over the top and serve!