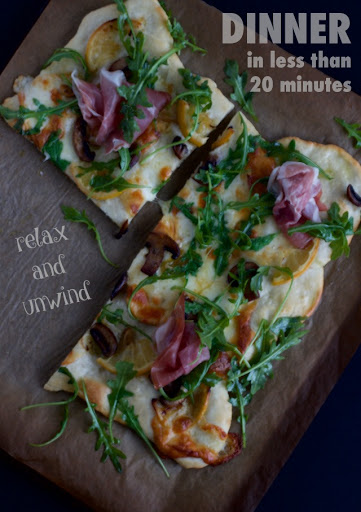 Pizza is a centuries old snack although 2,000 years ago it looked more like a flatbread with olive oil and cheese. Hard to believe, though, that tomatoes introduced to Europe from the Americas in the 1600's were considered poisonous by the locals. It wasn't until the 1700's when the Napolese added tomatoes to their flatbread; the birthplace of pizza.

If you're like me and experiment with different toppings, you open up a whole new pizza world. If you're Italian, the thought of placing fruit on a pizza is sacrilege but hear me out. I'm not proposing ham and pineapple which, by the way, I enjoyed in my younger days. However, taste buds do mature and the thought of that combination makes me shudder. Rather, what I am suggesting is to keep an open mind to toppings that may seem like strange bedfellows. Consider, for example, how nicely pear and blue cheese go together. These two toppings are lovely on a pizza. Or how about a Turkish meat pizza (aka pide or lahmacun) with minced lamb, eggplant and red pepper. A cracked egg in the middle of a quattro stagioni pizza is another delicious topping before it heads to the oven. The key to making a scrumptious pizza, is to not overpower the base with many toppings. This will result in a soggy middle. Also keep in mind that the base does not always need to be smothered in a tomato sauce. Some of my most memorable pizzas did not include it. 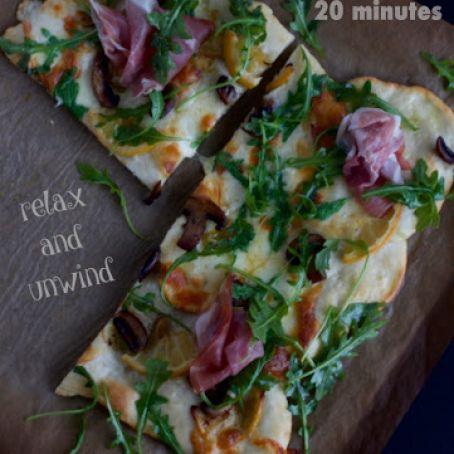 Preheat oven to 520f or hottest setting. In a frying pan over moderate heat add a splash of olive oil and sauté mushrooms until cooked. Add sliced garlic and sauté until golden on both sides. Move to the side of the pan and add lemon slices. Simmer and allow heat to gently soften the lemon slices and flip over. Remove from heat. In a medium bowl, dress rocket with extra-virgin olive oil and a sprinkling of sea salt; toss to combine.

Roll pizza dough out onto a large cookie sheet lined with parchment paper. The paper will help the dough from shrinking back and easier to clean up afterwards. Drizzle extra-virgin olive oil over dough and use your fingers to smear the oil out. Place mushroom and garlic slices on top. Cut lemon slices in half and arrange on dough. Add mozzarella to any bald spots. Place in oven and cook 5 minutes or until bubbly.
Remove from oven and top with dressed rocket and prosciutto slices. Add a splash of EVOO if needed and a light sprinkling of sea salt.

The Culinary Chase’s Note: Allow oven to sit at highest temperature for at least 15 minutes. A hot oven will produce a nice bubbly result. Enjoy! 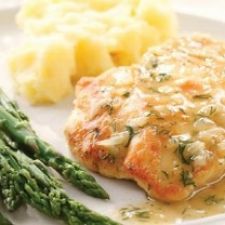