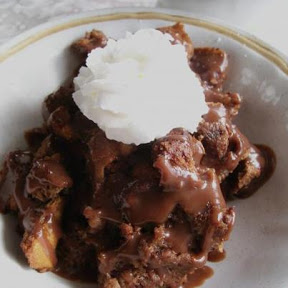 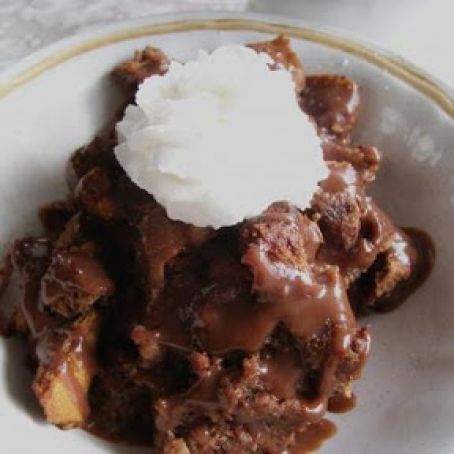 Preheat the oven to 325 degrees. Lightly grease a 13 x 9 inch baking dish. Place the bread in the baking dish. In a large bowl, whisk together the milk, cream and Kahlua. In another bowl, combine the both sugars with the cocoa powder and mix well.
Add this to the milk mixture and whisk to combine. Add the vanilla and almond extracts and the cinnamon to the beaten eggs. Combine the egg mixture with the milk mixture and mix well. Stir in the grated chocolate. Pour the mixture evenly over the bread cubes.

Let stand, stirring occasionally, for at least 20 minutes, or until the bread has absorbed most of the milk mixture. Bake the pudding for 1 hour, or until set...a knife inserted into the center of the pudding should come out clean. Serve the pudding warm or refrigerate it and serve chilled.