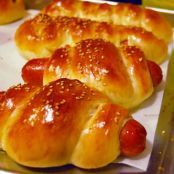 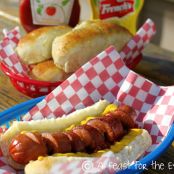 In the bowl of your stand mixer fitted with the paddle attachment, place the flour, xanthan gum, (optional Expandex), milk powder, yeast, cream of tartar, baking soda, and sugar and whisk to combine well with a separate, handheld whisk. Add the salt, and whisk again. Add the cider vinegar, butter, egg white, and water, and mix on medium speed in your stand mixer until the dough begins to come together. Turn the mixer to high speed and beat until the dough is no longer a ball but has begun to appear whipped. Transfer the dough to an oiled container with a tight-fitting lid or a greased bowl, spray lightly with cooking oil spray, and cover tightly. Place in a warm, draft-free area to rise until it’s about 150% of its original volume (about an hour), or refrigerate the dough for up to 3 days.

When you’re ready to make the rolls, line rimmed baking sheets with unbleachdd parchment paper and preheat your oven to 400°F. If you’ve refrigerated the dough, work with it straight from the refrigerator. If you haven’t, place the tightly sealed dough in the refrigerator to chill for at least 15 minutes before working with it, as the dough is easiest to handle when it’s chilled.

Turn the dough out onto a flat, lightly floured surface, and sprinkle the top with additional flour. Work the dough, squeezing and kneading it, turning it over frequently, until it has begun to appear smoother. Using a bench scraper or large knife, divide the dough in two parts and set one half aside (cover to prevent its drying out). Working with the second half of dough, divide it again into 4 equal portions. Working with one piece of dough at a time, sprinkle it with more flour, form it into a ball by pinching the ends underneath, then rolling it with the side of your palm pressed against the surface and guiding it with your fingertips into a round. Sprinkle the dough with more flour and press it into a disk about 3/4-inch thick with your fingers and palm. Place the disk on one of the prepared baking sheets. Repeat with the remaining pieces of dough, and then eventually the other half. You’ll have 8 disks of dough. Cover the baking sheets with oiled plastic wrap and place in a warm, draft-free location until each piece of shaped dough is at least 150% of its original volume (about an hour). After about 45 minutes, preheat your oven to 400°F. Don’t allow the dough to rise any longer once the tops of the dough begin to take on a pock-marked appearance.

Brush the tops and sides of the risen buns generously with the egg wash, and sprinkle with the optional sesame seeds. Place in the center of the preheated oven and bake until the rolls are puffed and the tops are very pale golden brown (about 18 minutes). The center of each roll should be about 190°F when tested with an instant-read thermometer. Remove the rolls from the oven and allow to cool on the baking sheet until no longer hot to the touch before slicing and serving. Any leftover rolls can be sliced, cooled completely, then wrapped tightly in a freezer-safe bag (remove as much air from the bag as possible). Freeze for up to 2 months. Defrost in a toaster set to light toasting. 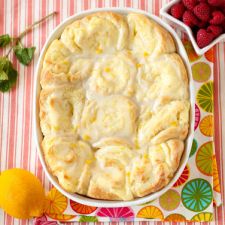