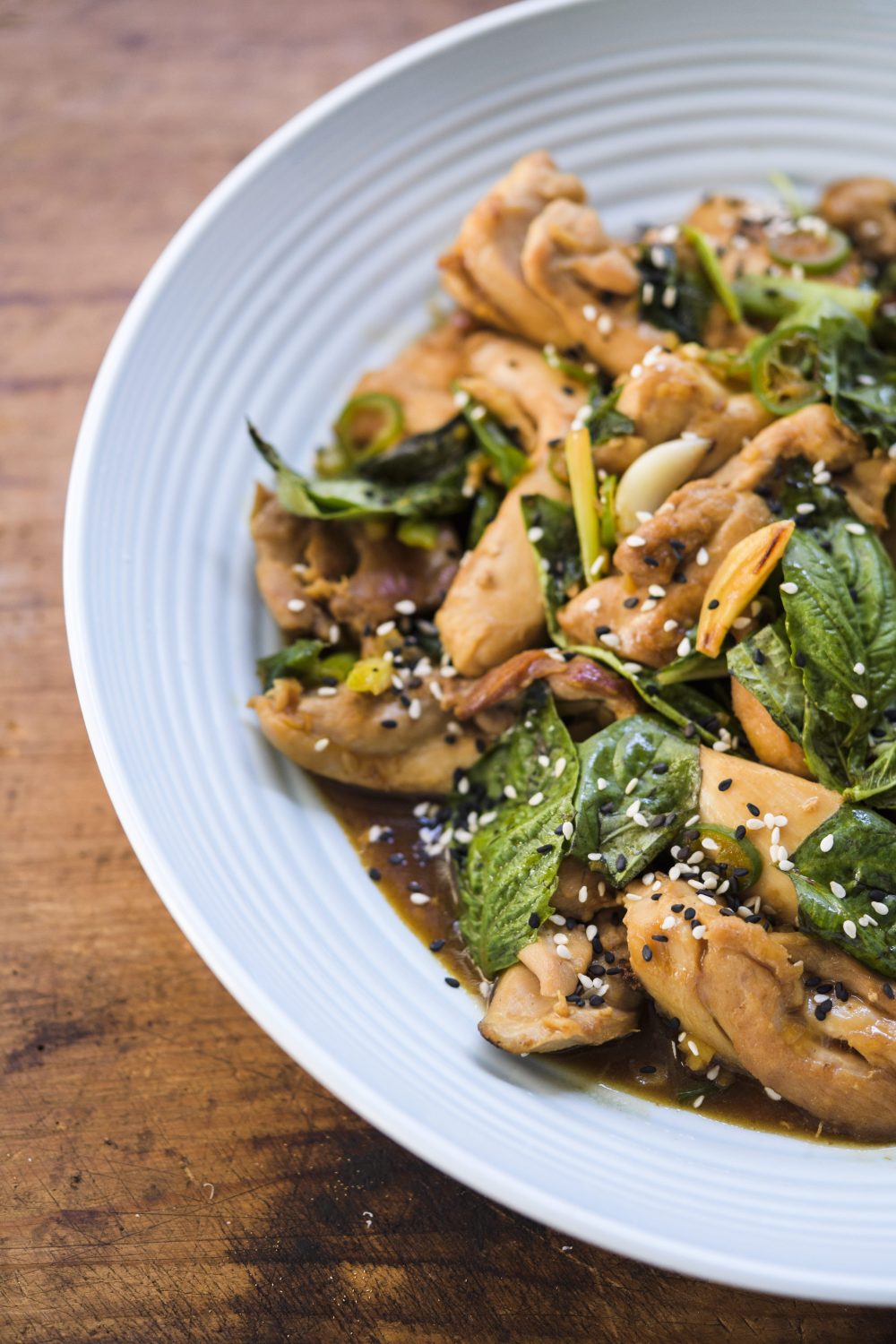 Taiwanese three-cup chicken is named for the formula once used to prepare the dish: one cup each of sesame oil, soy sauce and rice wine. Not surprisingly, recipes no longer adhere to that ratio, but the name has stuck. Bone-in chicken legs that have been hacked into pieces are customarily used in this one-pan dish; we opted for boneless, skinless chicken thighs for easier prep and eating. Serve with rice and steamed or stir-fried vegetables. 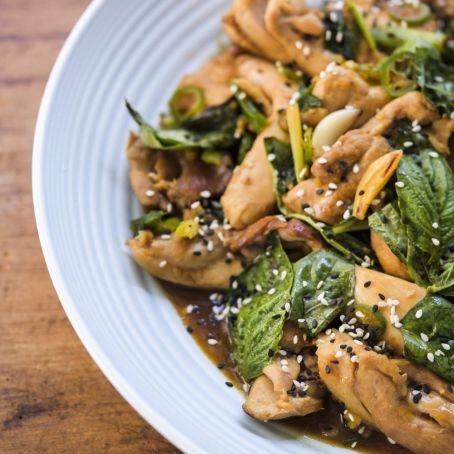 In a small bowl, stir together the cornstarch and soy sauce, then stir in the sake and sugar. Set aside. Heat a wok over medium-high for 3 minutes, or until a drop of water evaporates within 1 to 2 seconds. Add the oil and swirl to coat the wok. Add the chicken in an even layer and cook without stirring until browned, about 5 minutes.

Stir the sake-cornstarch mixture to recombine, then add to the wok. Cook, stirring constantly, until the sauce is thickened, about 3 minutes. Off heat, add the basil and stir until it begins to wilt, about 30 seconds.