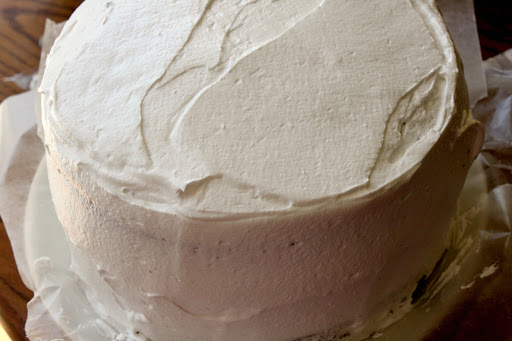 How to make Italian Meringue

I love making Italian meringue to frost a chocolate cake. It's not too complicated to make, as long as you have a trustworthy candy thermometer. A stand mixer with a balloon whisk helps, too. It's fluffy and sweet, but not over-the-top sweet. 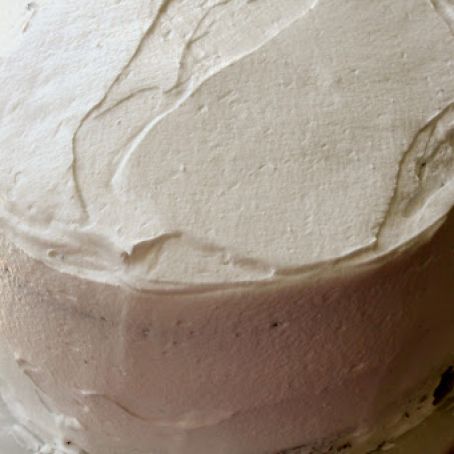 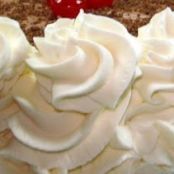 Prepare the simple syrup by bringing the sugar, and water to a simmer in a heavy saucepan. Swirl the pan to dissolve the sugar completely. Using a candy thermometer, bring the temperature to 234 - 240 degrees Fahrenheit (soft ball stage). Do not stir the mixture.

Meanwhile: Beat the egg whites at slow speed until they foam throughout the bowl.

Add the salt and cream of tartar.

While the mixer is still on slow, slowly (and carefully) pour the boiling syrup down the side of the mixing bowl (be careful not to pour it on the whisk).

Increase the mixer speed to moderately fast and beat until cool and the egg whites form stiff, shiny peaks.

NOTE: Store any uneaten cake (is there such a thing?) in the refrigerator. The meringue has a tendency to deflate, past one day, and will reabsorb into the cake. 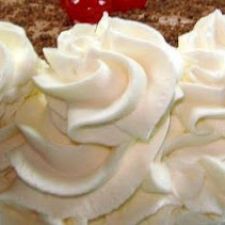