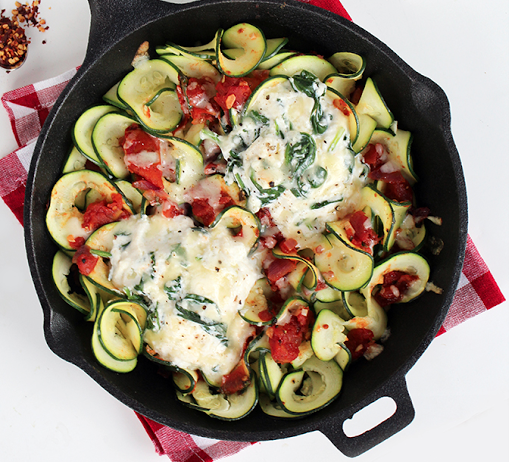 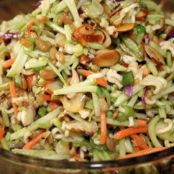 Place a large castiron or nonstick skillet over medium heat and add in the olive oil. Add in the garlic, red pepper flakes and onions and cook for 2-3 minutes or until onions are translucent.
Add in the canned tomatoes and season with salt and pepper. Stir and let cook for 10 minutes or until your sauce is reduced fully. Five minutes in, add the basil.

While the sauce is cooking, mix together all of the ingredients for the "filling." Season with salt and pepper. Set aside.

Then, place a large skillet over medium heat and coat with cooking spray. Once the skillet heats, add in your baby spinach and toss until wilted. Fold the spinach into the cheese mixture and set aside.

When the sauce is done cooking, remove half of the sauce and set aside. Make sure that the sauce is spread evenly on the bottom of the skillet and then top with the zucchini noodles. Top with the remaining sauce.

Cover the skillet with tin foil and bake for 20-25 minutes or until the noodles soften and the cheese is completely melted. 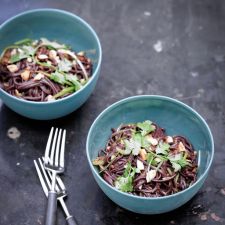