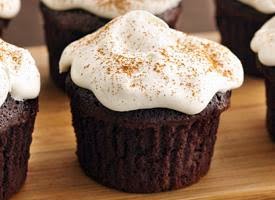 4. Bake 25 to 30 minutes or until toothpick inserted comes out almost clean. Remove from pan to cooling rack. Cool about 45 minutes.