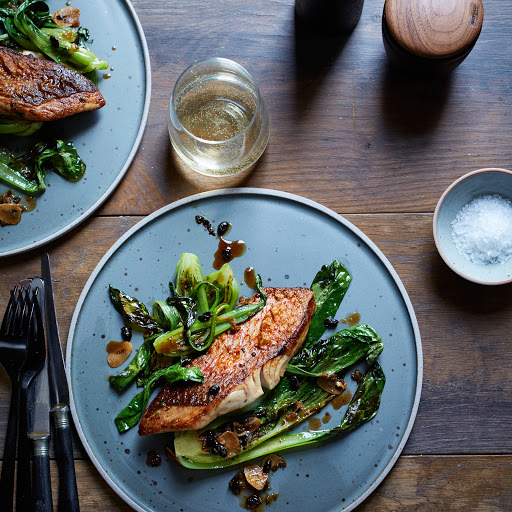 The secret ingredient in the tasty sauce here is rose, which combines perfectly with the classic Chinese flavors in this dish. 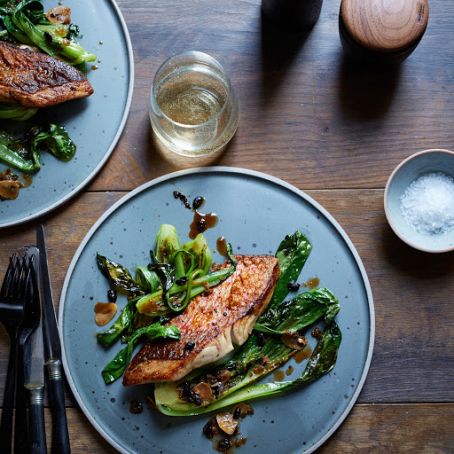 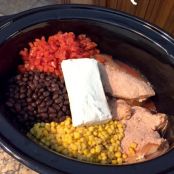 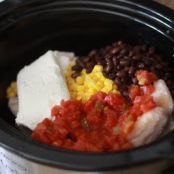 In a large skillet, heat 2 tablespoons of the olive oil. Add the bok choy; season with salt and pepper. Cook over moderate heat, stirring, until golden and crisp-tender, 5 to 7 minutes. Transfer to a platter. Wipe out the skillet.
In the skillet, melt the butter in the remaining 1 tablespoon of oil. Season the fish with salt and pepper and add to the skillet skin side down. Cook over moderate heat until golden and crisp underneath, 3 minutes. Turn  the fish and add the remaining ingredients to the skillet. Bring to a boil and cook, swirling the pan occasionally, until the sauce is slightly thickened and the fish is white throughout, 2 to 3 minutes longer. Spoon the sauce over the bok choy, top with the fish and serve.

Suggested Pairing should read: Pair this dish with a full-bodied Alsace Pinot Gris. 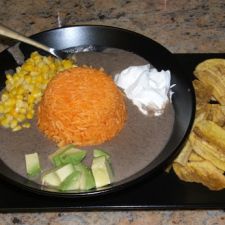