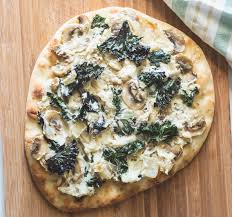 Kale is my new veggie friend, so tasty! Great pizza and love how it is for one. Yum! And so quick to put together too! 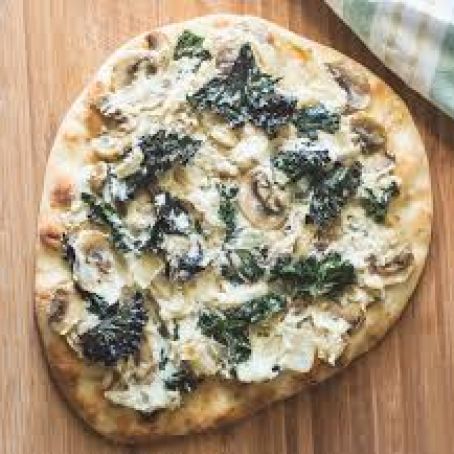 Meanwhile, preheat the broiler and heat a griddle pan or large skillet over medium high. Add a sprinkle of water to pan. Working in batches, toast naan until blistered in spots, about 2 minutes per side.

Arrange the naan on a large rimed baking sheet; topped with mushroom mixture and cheese. Broil until cheese is bubbly and browned, about 2 to 3 minutes. 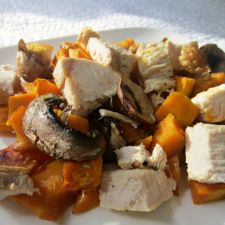