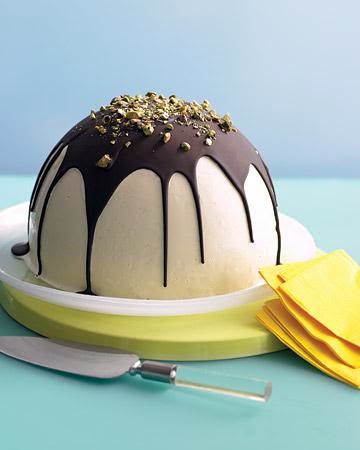 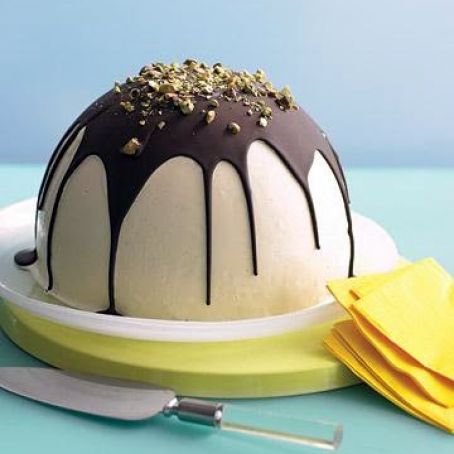 Directions
1.Make the bombe: Spread vanilla ice cream in an even layer on bottom and up sides of a 5-quart heatproof bowl with a 9 1/2-inch-diameter rim. Ice cream should form a concave layer that comes up to the rim of the bowl. Freeze until set, about 20 minutes. Using an offset spatula, smooth the surface of the ice cream layer. Freeze again until very firm, at least 1 hour.
2.Meanwhile, place chocolate and banana in a heatproof bowl. Heat cream in a saucepan until bubbles begin to form around edges. Pour over chocolate and banana, and let stand for 1 minute. Whisk until combined. Set bowl over a pot of simmering water, and whisk until chocolate melts. Refrigerate, stirring occasionally, until thick and spreadable, about 1 hour.
3.Spread chocolate-banana mixture in a thin, even layer over entire surface of vanilla ice cream layer. Freeze until firm, about 30 minutes.
4.Spread pistachio ice cream in a flat, smooth layer over chocolate-banana mixture, but not up sides. Freeze until firm, about 30 minutes.
5.Spread chocolate ice cream in a flat, smooth layer over pistachio ice cream. Freeze until firm, about 30 minutes.
6.Place banana cake over chocolate ice cream, top side up, and press gently until cake fits snugly against ice cream. (If vanilla ice cream and ganache layers extend beyond top of cake, trim them with a sharp knife.) Cover with plastic wrap, and freeze overnight (or up to 3 days).
7.To unmold bombe, dip bowl in a larger bowl of very hot water or use a small kitchen torch to warm outside of bowl. Continue dipping or torching bowl until bombe releases when inverted onto a serving platter. Remove bowl, wipe ice cream drips off platter, and freeze until bombe is very firm, about 1 hour.
8.Make the topping: Place chocolate and shortening in a heatproof bowl set over a pot of simmering water. Stir until chocolate and shortening melt. Let cool slightly, then slowly pour on top of bombe, spiraling in concentric circles to create a solid center with long drips down the sides. Sprinkle pistachios on top, and freeze until chocolate is set, about 10 minutes.
9.Run a large knife under hot water, and dry well. Use it to slice bombe into wedges, as you would a cake, wiping knife clean between cuts. 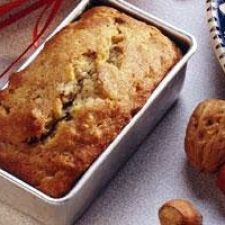