Texas quail at their finest! The quail are hatched, raised, harvested, dressed and packaged all on site at the ranch. They are raised on an all-natural diet with plenty of space to roam. Neither antibiotics nor added hormones are used. The quail are purchased semi-boneless and ready to stuff or grill.

The risotto takes about 30 minutes and needs to be served immediately so plan ahead! 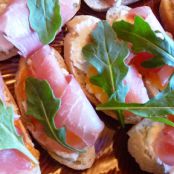 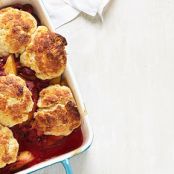 Method for the Stuffing
Heat oven to 350 degrees. Bake bread cubes on a baking sheet until browned,
about 15 -20 minutes. *Separately toast the walnuts in the oven for about 8 minutes.
Transfer bread cubes to a large bowl and set aside. Boil wine in a small saucepan and add dried apricots. Remove from heat and let steep for 30 minutes. Combine fruit, residual wine and bread.

Heat the butter in a skillet over medium-high heat. Add celery and onions. Cook until browned, stirring constantly, about 10 minutes, stir in the thyme. Mix the celery mixture with bread and stir in walnuts and parsley. Season with salt and pepper and allow to cool.

Method for the Quail
Stuff the cavity of each quail with enough stuffing that it is well filled. Place the quail on a buttered roasting pan or casserole dish. When ready to roast preheat the oven to 400
degrees. Season the quail lightly with kosher salt and freshly ground black pepper. Pat each quail with a little melted butter (optional).

Roast quail for about 20-25 minutes or until a meat thermometer placed into the center of the bird reads 155-160 degrees. For a nicely browned quail, increase the heat to 475 degrees and/ or engage the convection feature of the oven for the last 5 minutes of roasting time.

Serve on top of the risotto.