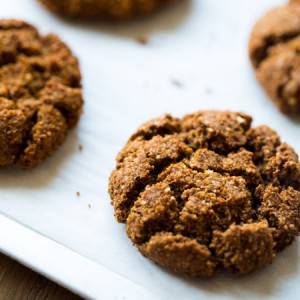 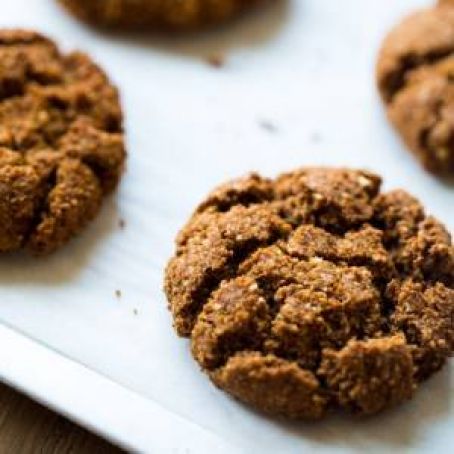 1. Preheat your oven to 350 degrees and line a baking sheetwith parchment paper, or a silpat.*
2. In a large bowl, beat together the melted coconut oil, coconut sugar and egg white until well mixed. Set
aside.
3. In a medium bowl, stir together the almond flour, coconut flour, baking soda, salt, ginger and cinnamon. Stir until everything is very well mixed and there are no little clumps of flour.
Stir the flour mixture, along with the molasses into the oil mixtures and stir until a slightly sticky dough forms. Place the dough into the refrigerator for 10 minutes, just to allow to coconut flour to absorb some of the moisture.
Once the dough has chilled, Roll 1 Tbsp sized balls and roll the balls around in coconut sugar. Place onto the prepared baking sheet and slightly flatten down.
Bake until the edges begin to go darker brown and top is nice and crackly, about 19-20 mins. ** The cookies will feel VERY soft, but they will crisp up A LOT once cooled.
Let cool completely on the pan and then DEVOUR. 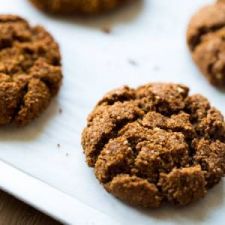