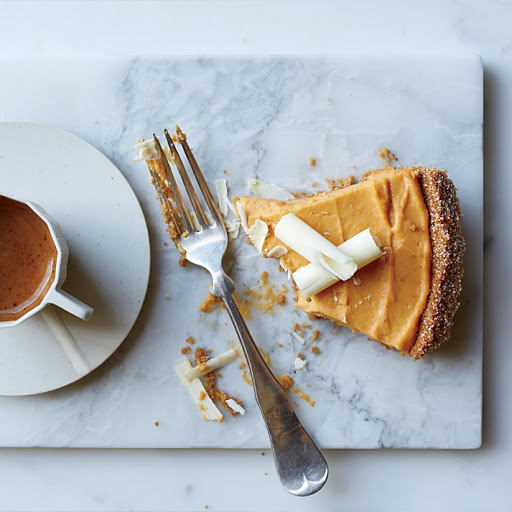 This reimagined pumpkin pie from Mr. Holmes Bakehouse in San Francisco has an ethereal pumpkin-and-white-chocolate-mousse filling and a stellar, crunchy crust. 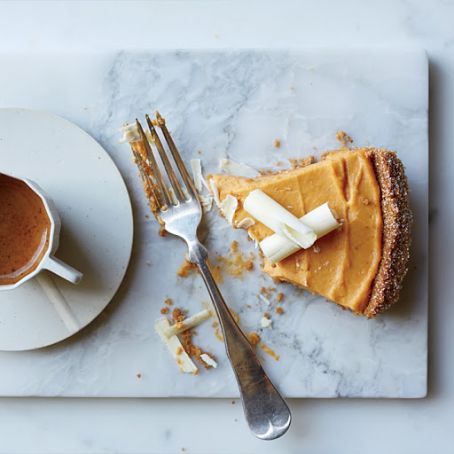 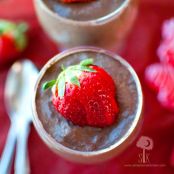 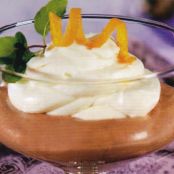 Make the crust Preheat the oven to 325°. Toast the macadamias on a pie plate for 15 minutes, until golden. Let cool.

Meanwhile, make the filling In a bowl, sprinkle the gelatin over 1/3 cup of water; let stand for 5 minutes. Place the white chocolate in a large bowl.

In a bowl, whisk the egg yolks with the granulated sugar. In  a small saucepan, simmer 3/4 cup of the heavy cream with the bay leaf, cinnamon stick, allspice, nutmeg and vanilla for 1 minute. Discard the cinnamon stick and bay leaf. While whisking constantly, slowly drizzle the heavy cream mixture into the egg mixture. Whisk in the gelatin mixture. Immediately pour the hot egg mixture over the white chocolate; let stand for 1 minute, then whisk until smooth. Whisk in the pumpkin puree and salt until incorporated. Refrigerate until cold, about 1 hour.

In a small bowl, whisk the remaining 1/4 cup of heavy cream until soft peaks form; fold into the pumpkin filling until incorporated. Scrape the filling into the baked crust and spread in an even layer. Cover and refrigerate for 1 hour before serving.

The pie can be refrigerated overnight. 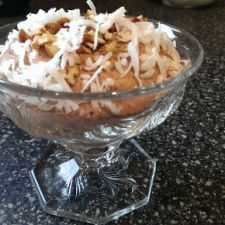