COOKER: Large round or oval
SETTING AND COOK TIME: LOW for 8 to 9 hours
This is a very different stew from the previous one. It has the complementary addition of dried cherries, root vegetables such as parsnips, a hit of
brandy, and some orange. You will find the venison and cherry pairing a delicious combination, and one that is perfect for guests. 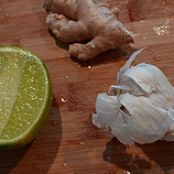 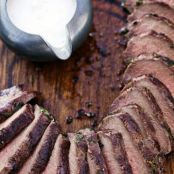 Pat the venison dry with paper towels. Combine the flour, salt and pepper in a ziplock bag add the venison chunks, and shake to coat the meat evenly. In a large skillet over medium-high heat, heat the oil, then brown the meat in batches; transfer to the slow cooker. Add the onions to the skillet and cook, stirring, just to brown slightly on the edges, about 3 minutes; transfer to the cooker. Add the wine to the skillet, bring to a boil, and cook, scraping up any browned bits stuck to the pan, until the wine has thickened slightly, 1 to 2 minutes. Pour into the cooker. Add the potatoes, carrots, parsnips, celery, orange, juniper berries, garlic, cherries, broth, and brandy to the cooker; stir to distribute evenly.
2. Cover and cook on LOW until the venison is tender enough to cut with a fork, 8 to 9 hours. Stir in the vinegar, season with salt and pepper, and serve hot.