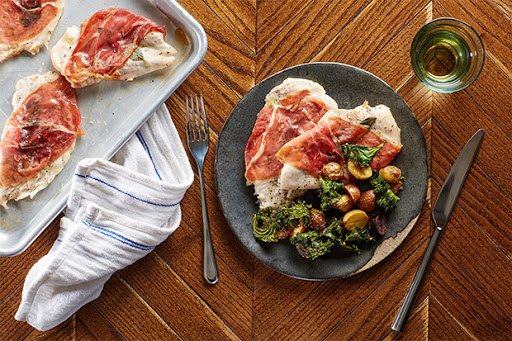 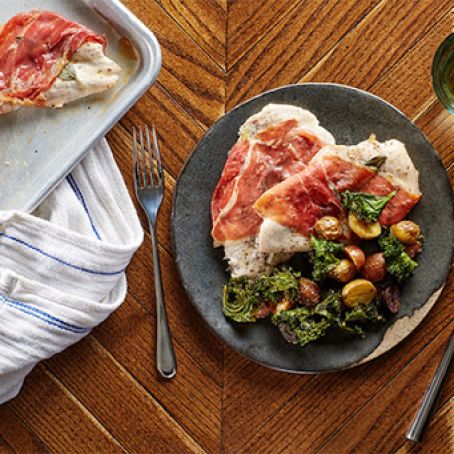 Position racks in upper and lower thirds of oven and preheat to 425°F. Arrange chicken cutlets in a single layer on rimmed baking sheet and season with 1/2 tsp. pepper. Place 1 sage leaf on top of each cutlet, then wrap each in 1 slice of prosciutto, starting from the top and wrapping in a single layer, making sure cutlet stays flat.

Cook chicken in upper third of oven and potatoes in lower third until prosciutto is crisp and an instant-read thermometer inserted into the thickest part of chicken registers 165°F, 12-14 minutes.

Remove both baking sheets from oven; let chicken rest. Spread kale evenly over potatoes and return to upper third of oven. Roast until potatoes are tender and kale is browned at edges, about 5 minutes more.

Divide chicken among 4 plates. Serve potatoes and kale alongside. 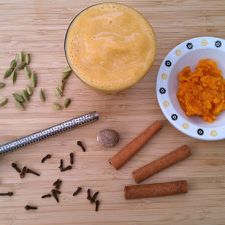