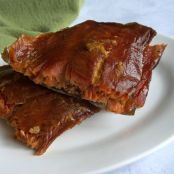 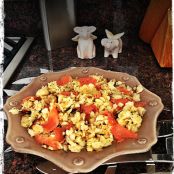 While pizza crust is in oven, mix sour cream with lemon juice and dill in a small bowl.

Remove pizza shell from oven and let stand until cool to the touch. You have a pocket of time here to work on other recipes.

On cool, crisp pizza shell, spread the sour cream-dill sauce in an even layer. Evenly distribute sliced smoked salmon, working all the way to the edges.

To serve, cut pizza in half. Cut each half in half again, 4 cuts across. Turn the pan a 1/4 turn and slice into quarters, making 16 cuts.

This recipe yields 8 servings, 3 cuts each, as appetizer or party offering.