This impressive-looking pie starts with a simple press-in graham cracker crust that is coated with a layer of chocolate ganache. Fresh raspberries are cooked down, then strained, chilled, and folded into whipped cream to make a smooth, fluffy filling. To make things extra festive, decorate the top of the pie with whole raspberries and finish it off with a chocolate drizzle for a stunning yet easy-to-make summer dessert.

What to buy: Thawed frozen raspberries can be used in the raspberry cream filling, but decorate the top of the pie with fresh raspberries for the best texture and appearance. 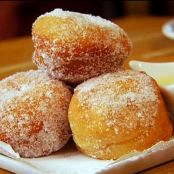 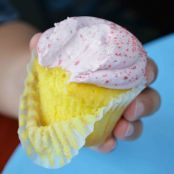 For the raspberry syrup:

2//Place the pan over medium-high heat and cook, stirring occasionally, until bubbles form along the edge, about 3 minutes. Add the lime zest and juice, stir to combine, and bring to a full boil, about 2 minutes. Reduce the heat to medium and simmer, stirring occasionally, until the mixture has thickened and the raspberries are falling apart, about 8 minutes more. Meanwhile, place a fine-mesh strainer over a medium heatproof bowl and set aside.

3//Pour the raspberry mixture into the strainer. Using a rubber spatula, push on the solids and scrape the underside of the strainer until all of the liquid has been extracted (you should have about 1 cup); discard the contents of the strainer. Set the syrup aside to cool for at least 30 minutes.

4//Refrigerate the syrup uncovered until cold, at least 1 hour. (If not using right away, cover and refrigerate for up to 1 week.) Meanwhile, make the crust and chocolate layer.

For the crust and chocolate layer:

2//Break the crackers into rough 2-inch pieces and place in a food processor fitted with a blade attachment. Process into fine crumbs (you should have about 2 cups), about 30 seconds. Stop the motor, add the melted butter, and pulse to combine, about 5 (1-second) pulses. (Alternatively, place the crackers in a resealable plastic bag, press out the air, and seal. Using a rolling pin, smash into uniform fine crumbs. Transfer to a medium bowl, add the melted butter, and mix until evenly combined.)

3//Pour the crumb mixture into a 9-inch pie plate and, using the bottom of a cup or your fingers, press firmly and evenly into the bottom and up the sides.

4//Bake until fragrant and slightly darkened in color, about 8 minutes. Remove the pie plate to a wire rack and let cool at least 15 minutes.

5//Place the chocolate chips and cream in a small saucepan. Cook over medium-low heat, stirring continually until the chocolate is just melted and the mixture is smooth, about 4 to 5 minutes. Pour into the cooled crust and spread into an even layer. Freeze until the chocolate layer is set, about 30 minutes. Remove from the freezer while you make the raspberry cream filling.

To make the raspberry cream filling and assemble:

1//Chill the bowl of a stand mixer and the whisk attachment in the freezer for 10 minutes.

3//Stop the mixer and add the chilled raspberry syrup. Return the mixer to high speed and whisk until firm peaks form, about 30 seconds to 1 minute (or 2 to 3 minutes if whisking by hand). Remove the bowl from the mixer and, using a rubber spatula, scrape along the bottom and stir gently to incorporate any white streaks. Transfer the raspberry cream filling to the prepared crust and spread it into an even layer.

4//Arrange the whole raspberries stem-side down in a decorative pattern on top of the filling. Set the pie aside.

5//Place the chocolate chips in a small saucepan over low heat, stirring occasionally until they’re melted and smooth. (Alternatively, melt the chocolate in the microwave, stirring at 30-second intervals to avoid burning.) Dip a fork into the melted chocolate and drizzle it over the pie in a zigzag pattern. Place the pie in the refrigerator uncovered for at least 15 minutes and up to 2 hours before serving.